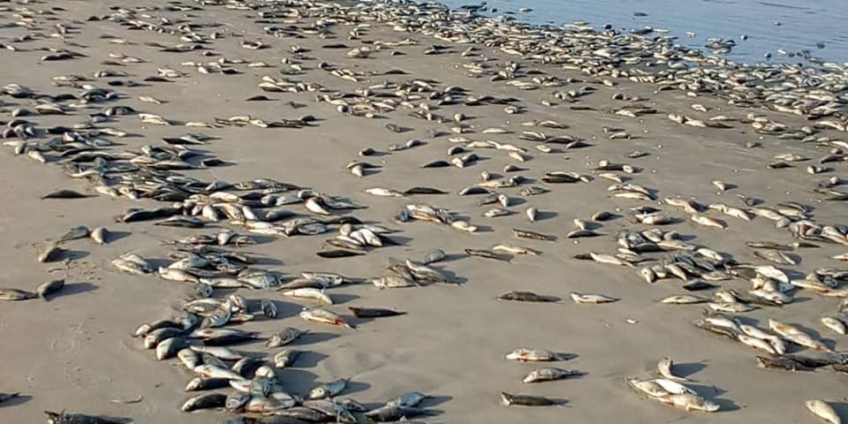 The Director of Public Health with the Accra Metropolitan Assembly (AMA), Florence Kuunyi, has revealed that some of the fishes washed ashore at Osu Beach have been buried.

Speaking on JoyNews’ AM Show Wednesday, the Health Director said some of the fishes are already in homes and market places but the ones they found when her team visited the beach have all been buried at the seashore.

“In Axim, there was this collaboration with the Environmental Protection Agency (EPA), National Intelligence Bureau (NIB), the Police and the Fisheries Commission who came together to bury them at the seashore,” Mrs Kuunyi stated.

She told host Mamavi Owusu Aboagye that her team is still working around the clock to engage traders on the market to retrieve all the ones on the market and stop them from selling.

Over the weekend, about 60 dead dolphins were washed ashore on the beach at Axim-Bewire in the Nzema East Municipality of the Western Region.

There were also speculations that the sea creatures may have been poisoned in their natural habitat, a report which is yet to be substantiated by authorities.

Meanwhile, the Ministry of Fisheries and Aquaculture Development has begun investigations into the matter.

The Food and Drugs Authority (FDA) has said these investigations will take a while to ascertain cause of the phenomenon.

However, it cautioned the public against consumption because it may not be healthy.