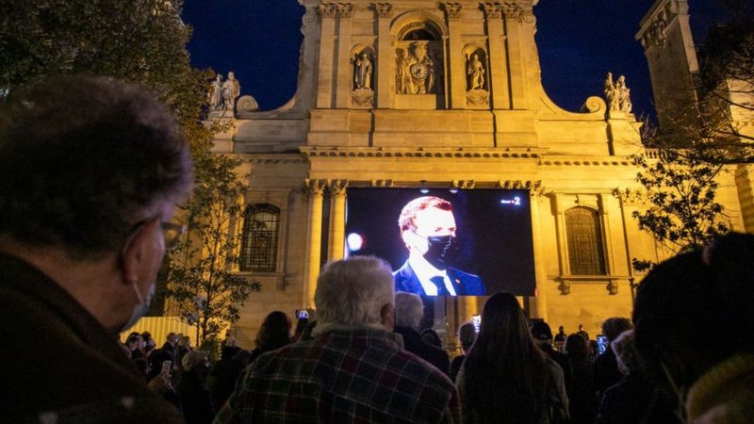 Seven people have been charged over the death of a French teacher who was beheaded close to his school last week.

Samuel Paty, 47, was targeted for showing cartoons of the Prophet Muhammad to his students.

But seven people, including two students and a parent of one of Mr Paty’s pupils, were detained in the days following the killing.

On Wednesday, prosecutors said six of the suspects had been charged with complicity in a terrorist murder and placed under judicial investigation.

One man is accused of having close contact with the killer and faces the lesser charge of associating with a terrorist.

All of the suspects, other than the two students who are minors at just 14 and 15, are in custody.

Mr Paty’s killing stunned France and led to an outpouring of support at memorial ceremonies and marches around the country.

On Wednesday evening, President Emmanuel Macron hailed Mr Paty as “a quiet hero” and “the face of the Republic” at an event in Paris.

He then presented the teacher’s family with the nation’s highest honour, the Légion d’honneur.