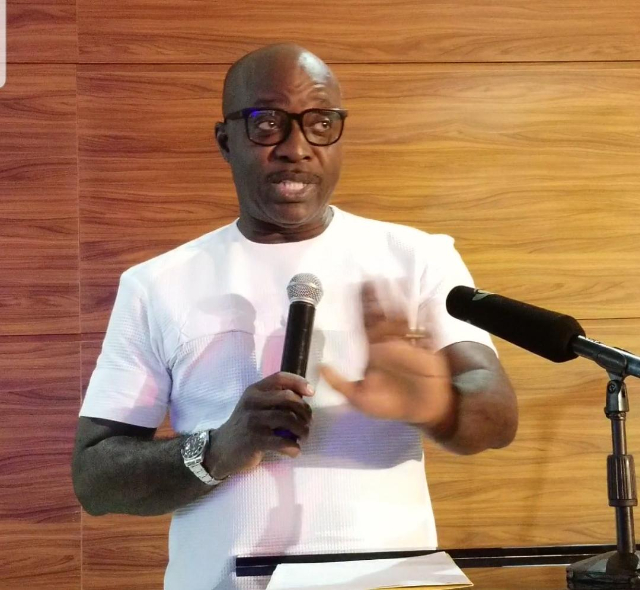 The Managing Director of Cal Bank, Frank Adu Junior is set to officially leave the bank on Tuesday, December 31, 2019, after about 30 years of service.

At an end of year thanksgiving service at CalBank’s head office in Accra, Mr Adu Jnr shared fond memories of his stay in office with a team of workers he described as very youthful, anxious and passionate.

Delivering his last address, Mr Adu Jnr said he is available to mentor and guide the youth.

“I see those (youth) who will borrow money to take a trip to Dubai, US, wherever to go and have fun because others are doing it. If you can afford it, don’t [try it]. Don’t borrow to go and have fun. You must rather invest because if you don’t invest and you retire, you will go looking for a job”.

He encouraged the youth to be humble and be nice to people throughout their career.

Some dedicated and most outstanding personnel at the bank were honoured with plaques and other products by the management of the bank.

Persons who have served at the bank for over ten years were all honoured for their meritorious service.

Mr Adu Jnr is credited with the transformation of CalBank to a strong financial institution and among the big players in the country’s country’s banking sector.

Under his tenure, Mr Adu Jnr helped transform the bank from a small corporate-focused bank with three branches to a universal bank with 28 branches and about 850 employees.

DISCLAIMER: The Views, Comments, Opinions, Contributions and Statements made by Readers and Contributors on this platform do not necessarily represent the views or policy of Multimedia Group Limited.
Tags:
CalBank
Frank Adu Jnr