Ghana aims to remove 25 million tonnes of CO2 through GSLERP 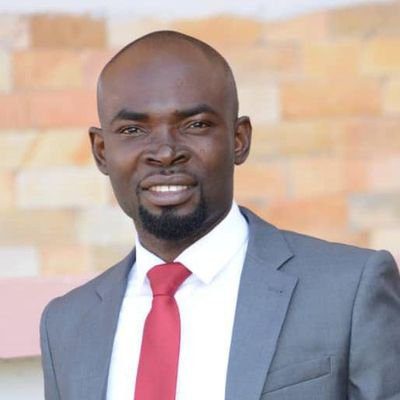 Ghana is commencing a 20-year initiative to decrease global Carbon Dioxide (CO2) in the atmosphere by 25.

This will be done through the growing of 3.5 million trees including Shea and other species in her Northern Savannah Zone (NSZ).

Dr Shaibu Baanni Azumah, Director, Action for Shea Parkland at the Global Shea Alliance, who disclosed this to the Ghana News Agency, said the country was already experiencing the negative impact of climate change, which was manifesting in temperature rise and erratic rainfall.

He stated that the GSLERP would build the resilience of millions of rural folks in the Northern Savannah Zone of Ghana.

“Trees absorb carbon dioxide and give off oxygen. There is a huge carbon dioxide concentration in the atmosphere mainly due to industrialization and human factors, this has resulted in climate change. So, one critical aim of the project is to grow trees, which have the ability to sequester carbon dioxide to make the world habitable,” he said.

The project is being funded by the Green Climate Fund and will leverage on private sector contribution to bring the desired change.

The Implementation of GSLERP is led by Forestry Commission with technical support from the Global Shea Alliance (GSA) and the United Nations Development Programme, and alongside multiple national and local governing institutions, civil society representatives, and the private sector actors.

Dr. Azumah mentioned that the seven-year project was in line with Ghana’s recently approved update of Nationally Determined Contributions (NDCs) that had some 47 adaptation and mitigation measures on climate change.

The NDCs are climate plans required of countries who are parties to the Paris Agreement and UN Framework Convention on Climate Change in order to keep the temperature below 1.5 degrees Celsius.

The GSLERP, Dr. Azumah indicated, aside from growing trees, the project would offer a unique opportunity to actors engaged in forest commodity, shea, and its by-products, which were important income-generating activities for over 600,000 women in the country.

On the specific activities of GSA, an implementing partner, he explained would focus on restoring degraded shea parklands through the setting up nurseries, tree planting, undertaking parkland management training activities and establishing cooperatives, and conducting quality control training that seeks to improve livelihoods.

“These will result in planting activities including 3.5 million shea seedlings and 480,000 additional non-shea species, training of 70 additional women cooperatives in grafting and 300 in shea restoration while providing them with business skills development,” he said.

Dr. Asumah noted that the project would set up an integrated monitoring system as a key component, and complete national REDD architecture for safeguarding, forest monitoring, and reporting systems.

He stated that Ghana’s Forest Reference Level indicated that the 9.7 million hectares of forests ecosystems of NSZ, with a population of over five million people, were facing a great threat with total forest cover declining by over 50 percent in the last two decades, with a conversion of some 1,058,492 million hectares of woodland to grasslands and degraded forests.

“This loss can be said to be the cause of greenhouse gas emissions of about 3.568 mtCO2e per annum. Loss and degradation of woodlands and forests also present significant environmental, social, and economic risk in NSZ where we have evidence of poverty among the locals,” he said.

At the national level, the impacts of environmental degradation are being increasingly recognised and costing Ghana some US$ 850 million or 10 percent of Gross Domestic Product.

Observed events corroborated with both national and international studies had shown that Ghana, especially the NSZ had witnessed unpredictable rainfall patterns, long dry spells, flash floods, and shortening of the rainy season.

Last year alone available statistics at the Food and Agriculture Ministry indicate that due to prolonged dry spells, the productivity of Ghana’s maize and soybean dipped in last year’s cropping season-from 3.8 metric tonnes to 3.3 metric tonnes.