Everybody in Ghana is corrupt – Peter Toobu 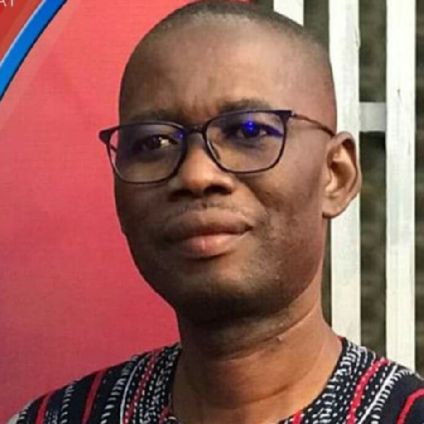 The Member of Parliament for Wa West, Peter Lanchene Toobu, says that the problem with Ghana is that everybody is corrupt, without exception, and the only way to fully address corruption is by first admitting this.

Reacting to the 2021 Ghana Integrity of Public Services Survey report, he noted that it came as no surprise to him that the Police Service ranked number one on the Corruption Perception Index.

According to him, the Police Service in any country is a representation of what kind of people the citizens are, thus if the Service is ranked first in corruption it implies that Ghanaians are also generally corrupt.

“The truth of the matter is that Ghana is corrupt and everybody in this country is, for us to think about how to get out of it, we must first of all agree that we’re corrupt. I wasn’t surprised to find the Ghana Police Service where I left just a few years ago to top the chart once again. Because the Police Service in every country reflects the character of the country.

He, however, described as worrying the position of the Office of the President on the Corruption Perception Index.

According to him, for the Presidency to be challenging the Police Service to take number one spot as the most corrupt institution in the country proves beyond doubt that Ghana’s corruption is inbuilt, and uprooting it might be more challenging than expected.

“The ineffective administrative practices that deliberately slow the process for people to be compelled to push the process through by bribing through the system, all these things we have to look at it as a people and agree that listen, it is not about pointing fingers, Ghana has a problem, and it’s being confirmed by the Global Perception Index just recently where Ghana is 73rd on the list with a very low mark of 43. That is just a confirmation,” he said.

Commenting on the third position of Parliamentarians on the list, he stressed that it only goes to prove that all Ghanaians are corrupt despite their position.

He added that without the right mechanisms to ensure transparency and accountability in the state institutions, the entrenchment of corruption in Ghana’s social and political fabric will continue unabated.

“So if you talk about the fact that Parliamentarians are corrupt generically, oh yes, every Ghanaian is corrupt and the fact that you’re a parliamentarian doesn’t make you a different Ghanaian. Everybody is a potential criminal, I’ve always said.

“Everybody is potentially corrupt. Without transparency, without systems that can expose people who are corrupt, you’d find a huge corruption scandal being covered because in that heat of the cover-up where there is fire burning in many of the institutions, every institution wants to cover up so that it doesn’t come out that this is the most corrupt institution.

“But the Ghana Police Service of late, I think with technology and things I think they’re trying to expose every rot in the system,” he said.