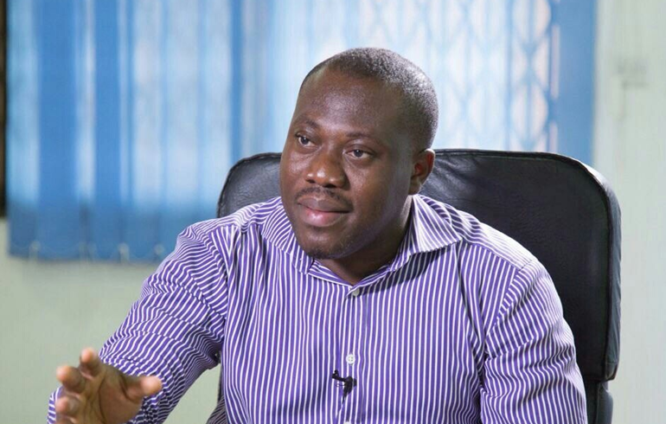 The Ghana Medical Association (GMA) has added its voice to calls for increments in the salaries of public sector workers across the country.

According to the Association, it has taken note of the current economic challenges in the country, and therefore its decision to back the move by orgnaised labour unions across the country.

Speaking in an interview with Evans Mensah on Top Story on Monday, the Vice President of the Association, Dr. Justice Yankson, said, as of now, labour groups in the country, including the Ghana Medical Association, are waiting for the Tripartite Committee to set the new minimum wage, after which they will also kick in with their demands.

“If you adjust something by way of inflation, all you’re doing is to restore the purchasing power of the employee. And under these circumstances, we all find our ourselves in, we all know that what we take can never take us home or to the market. Workers are really suffering under the current conditions we find ourselves in.

At the micro level, some of the prices that the workers actually purchased their products have gone up by 50-60-70% in some cases. So organised labour has a lot of work to do and I’m very sure in my mind that the worker groups in Ghana are actually going to ask for their due. That I think nobody can actually prevent the workers from asking their due”, he added.

The comments by Dr. Yankson, followed an earlier submission by the President of the National Association of Graduate Teachers (NAGRAT), Angel Carbonu, who also stressed the need for an upward adjustment in the earnings of public sector workers.

According to him, this will go a long way to alleviate the plight of public sector workers in the face of the growing economic difficulties. He lamented the fall in the value of the Cedi; stating that, the consistent depreciation of the Cedi is part of the reasons for the high cost of living in the country.

The NAGRAT President also added that his outfit supports calls for the salaries of public sector workers to be increased by a margin not less than 19%.

Responding to whether or not government has the means to meet their request, Mr. Carbonu said he is not convinced about the response of government to the current economic challenges, and therefore he and his colleagues will support the move for increments in their earnings by 19% or 20%.

“The predicament government is going to explain at negotiation is nothing different from what is being touted on radio. My conviction is in the fact that I can hardly make ends meet”, Mr. Carbonu stressed.

Meanwhile, Deputy Finance Minister John Kumah has stated that government is not against any opportunity that will improve the conditions of workers in the country.

Speaking to Samson Lardy Anyenini, the host of Newsfile on Saturday, he said government will continue to engage relevant stakeholders until all salary concerns are fully addressed.

“Workers in Ghana have played a very crucial role in bringing our country to the levels and state that we find ourselves, and as a government, we are very appreciative of the role of workers, and we’d continue to do our best to improve the conditions of salaries and benefits of workers in Ghana.

The good book has said that the labourer is worth his wages. So, whatever we can all do to make the Ghanaian worker a happier worker is also an objective of government”, he said.

According to him, the outbreak of the Covid-19 pandemic affected the country’s productivity, a situation that has had adverse impact on the state’s resources.

He noted that the Trades Union Congress’s (TUC) request for an upward adjustment in salaries is legitimate, “except that as well know, we will all have to understand the reality of what we are all confronted with and see what we can do.

The reality too is that sometimes the available resources do not allow government to push to the levels that workers may expect government to be able to do”.

The Ejisu MP acknowledged that one of the factors responsible for the current difficulty is the lack of adequate revenue and the limited fiscal space.

The Trades Union Congress (TUC) pushed government to adjust workers’ basic salary to meet the rising levels of inflation, something they say is making it difficult for them to meet their basic needs.

Addressing an Organised Labour pre-May Day forum in Accra on April 20, the General Secretary of TUC, Dr Anthony Yaw Baah, said it is no secret that remuneration for many workers has been bad for many years, saying Covid-19 and the Russia-Ukraine crisis could not take the blame.

Inflation is another issue – the prices of goods and services are going up, so if salaries are not adjusted to reflect these phenomena, workers will continue to struggle. The job crisis did not start with Ukraine.