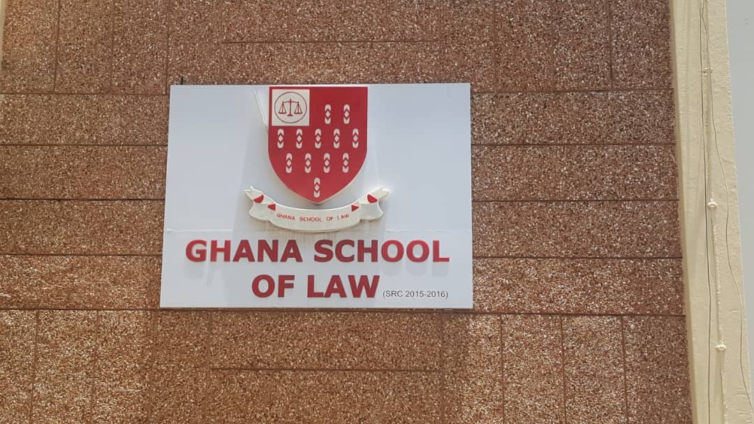 The Ghana School of Law has stated that it is reviewing requests for accreditation to undertake professional training submitted by law faculties of some universities.

Addressing journalists during a tour of the school on Tuesday November 2, the Director of Legal Education, Kwasi Prempeh-Eck noted that the General Legal Council (GLC) and the various faculties have commenced discussion on the matter.

“These are suggestions which have been discussed and are still being discussed as to the law faculties now running the professional examination and the exit examinarion to be run by the independent examination committee.

As a matter of fact, it is a discussion between the General Legal Council and the faculties. Initially, all the faculties will not be in a position to handle that aspect of the professional course, but we are hoping that maybe some will start. Maybe five of them will start and others will be added later on,” Mr. Prempeh-Eck said.

According to him, the future consequences of the request, demands thorough consideration.

“It can’t be done overnight. We have to think about the future. The Legal Profession Act was passed in 1960 and if we are going to revise it, we have to revise it for the next 50 or 60 years,” he added.

He therefore cautioned against any amendment of the Legal Professions Act, 1960, Act 32.

His caution comes at the back of the Private Member’s Bill to amend the Legal Professions Act, 1960, Act 32 by Rockson-Nelson Dafeamekpor, South Dayi MP and Francis-Xavier Sosu, Madina MP.

The duo, through the Private Member’s Bill, is trying to realign “the functions of the GLC and to provide for reforms in legal education such that accredited faculties of law with the requisite facilities would be licensed to run professional law courses, provide for discipline of lawyers and related matters to give effect to Article 37(1) of the 1992 constitution.”

They are also seeking to have the Chief Justice and other Justices of the Supreme Court removed from the Board of the GLC.