Ghana worse off under NPP, give us a chance - GUM founder - MyJoyOnline.com

Ghana worse off under NPP, give us a chance – GUM founder 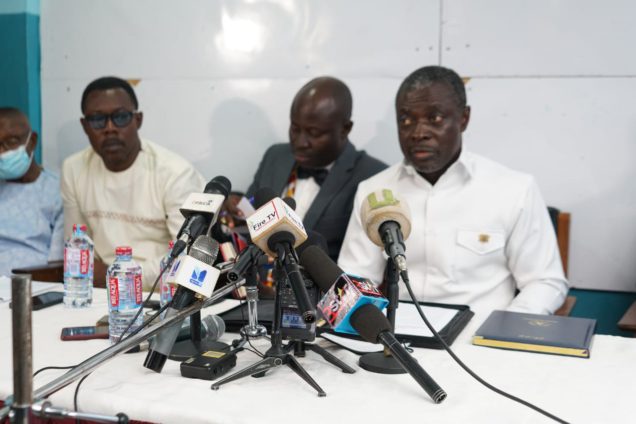 The founder of the Ghana Union Movement (GUM), Christian Kwabena Andrews, says the country’s leadership under Nana Akufo-Addo leaves much to be desired.

According to him, the Akufo-Addo-led administration has burdened Ghanaians since it came into office five years ago.

The founder of the Life Assembly Worship Centre also criticised the President for resorting to untruths that have plunged the country into endemic corruption.

Addressing the media at the International Press Centre in Accra on Tuesday, he said “GUM is coming like a lion to demonstrate the power of true leadership in Ghana.”

The pastor popularly called Osofo Kyiri Abosom stated that the current crop of leaders are very selfish, which has become inimical to the country development.

“Next year we will elect our new executives, roll out comprehensive plans and policies for the 2024 season and begin an elaborate radio and television campaign to conscientise people about the state of affairs.”

He charged the current NPP Administration to embark on an agricultural revolution and engage the youth in the sector.

“Government must import tractors and other agricultural equipment and tools to motivate the youth in agriculture and make agriculture more attractive and the bedrock of the country.

“Kwame Nkrumah has done his part, a GUM government will raise the bar and create more jobs for the youth,” he added.

Mr Andrews mentioned that God did not choose him to become only a preacher of the gospel but to transform the lives of all Ghanaians.

“There must be total commitment to the development of the country and a GUM government will run an all-inclusive government to better the lots of the people.”

He urged the media to take seriously the programs of minor parties and promote them.