Ghanaians are lucky for having Akufo-Addo amidst global economic challenges - John Boadu - MyJoyOnline.com 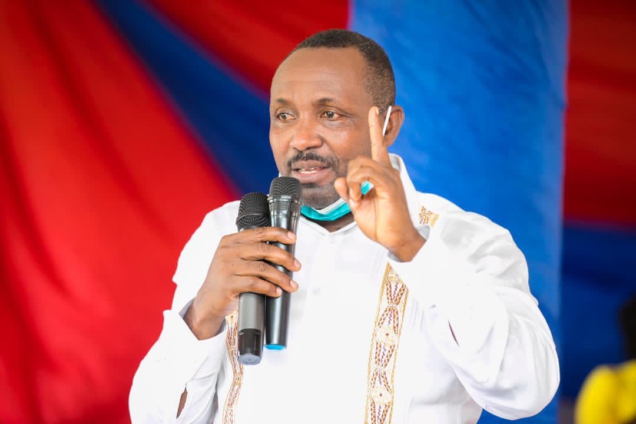 General Secretary of the New Patriotic Party (NPP), John Boadu, says Ghanaians are lucky to have President Akufo-Addo at the helm of affairs, amidst the global economic challenges.

According to him, if the country were under the leadership of the erstwhile Mahama administration, things would have been worse.

Speaking in an exclusive interview with JoyNews’ Samuel Kojo Brace on Monday, the NPP’s chief scribe lauded the economy under Akufo-Addo, as compared to the previous NDC regime.

“We are far better managers of this economy than they can think of. We are lucky Nana Addo Dankwa Akufo-Addo’s government is in power in times of this drastic shock; the twin problem of COVID and fuel price increases. They didn’t experience that, but we saw what they managed to perform”, he stated.

He also added that, based on available indicators, President Akufo-Addo has a better record in the management of the economy, than John Mahama.

John Boadu’s comments were in reaction to a lecture by former President John Mahama, where he noted some of the problems in the country, and criticised the government for failing to deal with them.

In his lecture on May 2, which was titled, ‘Ghana At A Crossroad’, the former head of state, bemoaned the plight of Ghanaians, and reiterated the commitment of the NDC, to creating a more robust economy, if the party wins power in the 2024 general election.

As part of his delivery, John Mahama said, if the NDC wins the 2024 polls, the party will repeal the current 1.5% E-levy, which is being charged on all electronic transactions across the country. In his assessment, the tax is an insensitive revenue measure, which only compounds the problems of Ghanaians.

But touching on Mahama’s May 2, lecture, John Boadu stated that, the former President’s delivery was devoid of any substantial content.

In his view, John Mahama failed to offer any workable alternative to making the economy better, and therefore his address was nothing but the regular posture of an opposition party.

“He wouldn’t perform anything better than what has been done. Because as we speak now, I thought that he was going to day that he has a policy direction that is different from what we’re doing or he has anything different that if he were there, would have implemented and made things better. That’s what I expect from a responsible opposition that is ready and waiting to take government”, he said.

Meanwhile, a past Methodist Bishop of Obuasi has criticised former president John Mahama for saying he will cancel the electronic transaction levy (e-levy) when he assumes office in 2025.

Bosomtwe Ayensu believes the cancellation of the levy will not materialise because the 2020 NDC flagbearer will not get another opportunity to lead the country again.

The outspoken former bishop further expressed disappointment in him (the former president) for making such utterances in an attempt to sway voters.

Mr Bosomtwe Ayensu further reiterated that the country’s predicaments will take only wise economic decisions such as the e-levy to get the country out of the doldrums.

He is convinced that the New Patriotic Party (NPP) is on the right track to get the nation back on track and should not be distracted by such comments from the former president.

“The wrecks and shocks of the pandemic, which the Russia-Ukraine war has deepened, are clear. We should all endeavour to pay the e-levy so the government could use the accrued money for development”, he stated.

He also called on the country to help push the government’s agenda to industrialise the country.