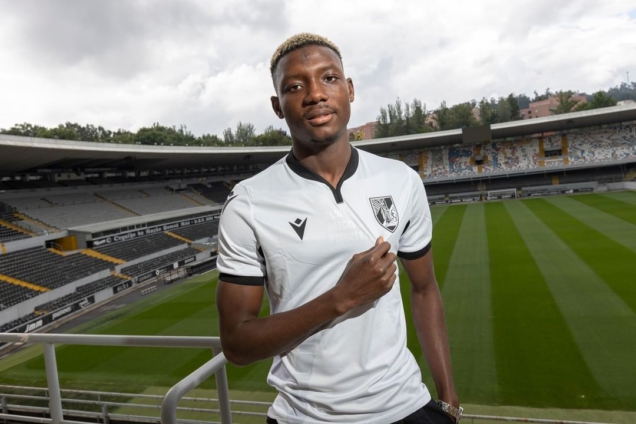 Highly-rated Ghanaian youngster, Maxwell Woledzi, has completed his move to Portuguese outfit, Vitoria Guimaraes after the club agreed a deal with Danish side, Nordsjaelland.

The 20-year-old completed his medicals earlier this week and signed his contracts after an agreement was reached between the two clubs last week.

He leaves Nordsjaelland after three years at the club, which saw him play 33 games with the first team, scoring once and providing one assist.

The move to Portugal is expected to serve as a platform for the versatile player to continue his development.

Woledzi, who is a client of HC Talent Group, owned by Kwasi Siaw, put pen to paper on a long-term deal at the Don Afonso Henriques Stadium, which will see him stay at the club until 2025.

Nordsjaelland will receive 25% of a future transfer fee for the 20-year-old.

He becomes the latest Ghanaian to play for the Portuguese top-flight team, following in the footsteps of Black Stars duo, Gideon Mensah and Abdul Mumin.

After an impressive 2021/22 season in Denmark, which saw 24 appearances across all competition, Woledzi is expected to play a vital part for Vitoria in the 2022/23 season.