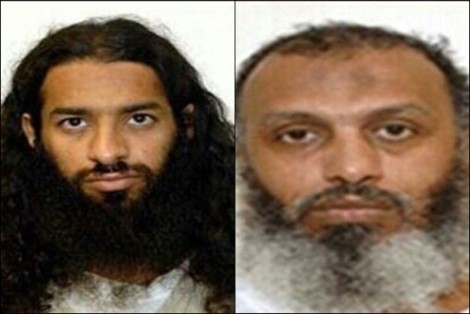 Although Ghana’s agreement with the US to host two former Guantanamo Bay detainees ended on January 6, the government is yet to make an express statement on the contentious issue.

BBC’s Favour Nunoo reports that the US Embassy in Ghana has said the future of the two former detainees, Mahmud Umar Muhammad Bin Atef and Khalid Muhammed Salih Al-Dhuby, can only be decided by the Ghana government.

The report also reveals that although the Foreign Affairs Ministry had planned a morning presser on the matter yesterday, Wednesday, January 10, officials at the Presidency said no press conference had been scheduled.

The two detainees were held in the infamous Guantanamo Prison for 14 years over links with terrorist group Al-Qaeda.

As part a process to close down the detention centre, they were brought to Ghana in 2016 to stay for two years.

The Mahama administration’s decision to host the terror suspects in the country was heavily criticised by a section of the public who thought they pose a security threat.

NPP, then in opposition thought the agreement by the National Democratic Congress (NDC)-led government breached the constitution when Parliament was not involved in the deal.

The Supreme Court in June 2017 declared as unconstitutional the agreement between the Mahama government and the US.

The apex court ordered the government to send the agreement to Parliament for ratification or have the two detainees sent back to the US.

According to the judgment, the Mahama government needed the approval of Parliament before entering into any international agreement, just as in the case of the two detainees.

Some Ghanaians have taken to social media to demand an immediate comment from the Akufo-Addo government, but the relevant officials remain tight-lipped.