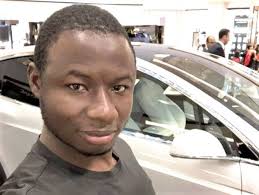 The Ghana Journalists Association (GJA) on Monday said the delay in serving justice by arresting and prosecuting the killers of Ahmed Suale, an investigative journalist, murdered two years ago, is unacceptable.

“It is not within the bounds of possibility to bring Suale back to life. But it is within the confines of the capacity of the police to bring the perpetrators to book. This is our Conviction,” Mr Roland Affail Monney, President of the GJA, said at a forum to mark the second anniversary of the assassination of Ahmed Suale, who used to work for Tiger Eye, a media investigative entity in Accra.

Mr Monney said it was unfortunate that the initial communication from the Police that six persons had been arrested for questioning, did not yield any results while the assassins were still walking freely, two years afterwards.

“We, therefore, ask the authorities to act with lightening quick speed to purge the stain on the country’s image, the dim on our glittering democracy and the chill on media freedom inflicted by the unprecedented savagery of Suale’s death,” Mr Monney said.

The GJA President condemned the culture of impunity and the structure of permission created by “enemies of media freedom” and some leaders of the National Democratic Congress (NDC) who blatantly incited their supporters against certain media personalities after the declaration of the December 7 Presidential result.

While charging journalists to remain united and do their work with critical sensitivity, Mr Monney reiterated the Association’s commitment to stand by all journalists, including Efia Pokua and Kwame Sefa Kayi, both of Despite Media, Manase Azuri, a freelance Journalist, Phil Quartey of Metro TV, Umaru Sanda of Citi FM, Abdul Hayi Moomen of GTV, Evans Mensah, Kojo Yankson, Winston Amoah and Gifty Andoh Appiah, all of Multimedia, and others who suffered unjustified attacks, murderous threats and hefty insults in their line of duty.

The forum, which was also held to discuss the threats and attacks against journalists in Ghana, was addressed by various media related associations, including the West Africa Journalists Association, (WAJA), the International Federation of Journalists (IFJ), the Committee to Protect Journalists (CPJ), among others, with the various representatives, calling on the State to protect journalists and prosecute perpetrators when found.

They also implored journalists to remain professional and resolute in seeking for information and relaying it to society.

WAJA, in a solidarity message read by Mrs Linda Asante-Agyei, Vice-President of GJA, said the marking of the second anniversary of Suale’s death, renewed calls for justice to be served.   WAJA said heads of States should be held responsible for attacks on journalists should they failed to investigate and bring perpetrators of heinous crimes against journalists to justice.

“It does not make sense that journalists are subjects of assault, torture, imprisonment and killing for simply doing their job, while political leaders allow those crimes go unpunished, this, is an obvious complicity”.

The CPJ, on its part, described the murdering of journalists as the ultimate form of censorship, which also sought to silence journalists and their reporting, to intimidate those that would continue their work and replace clarity of purpose with fear.

The CPJ, therefore, called for justice for Suale and all journalists who had suffered any form of intimidation or violence in the course of their practice.

Dr Nana Oppong, a legal Practitioner and President of the Distinguished Scholars of Africa, said the work of journalists exposed them to many forms of risks and attacks, adding that most of them were unfortunately, poor and so vulnerable, making them fall into political manipulations and public attacks.

He, therefore, called for a review of the 1992 Constitution and other laws of the State to well recognise journalists and protect their profession as the real fourth estate of the realm.

Specifically, Dr Oppong called for the passing of the “Defenders of Public Interest Act”, a law, he said would provide special security, targeted training, compensation and financial support to professional journalists, their families and other persons, engaged in sensitive assignments, investigations, and projects of national importance.