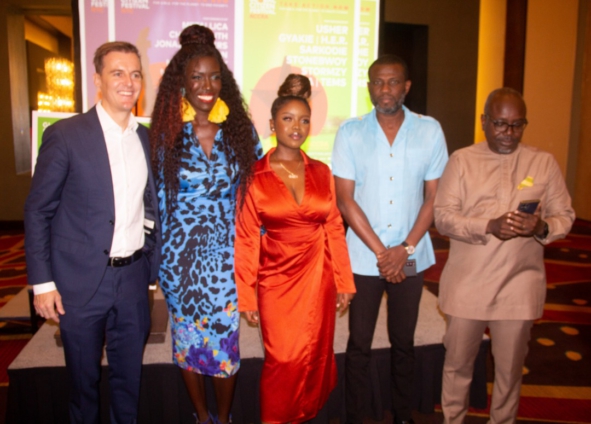 Global Citizen is an international advocacy organisation and a global movement with a mission to defeat extreme poverty NOW, defend the planet, demand equity and achieve the United Nations global goals.

It was founded in 2008 as the Global Poverty Project in Melbourne, Australia and has since opened additional offices in London, Berlin, Toronto, Lagos, and Johannesburg and is now headquartered in New York.

The official launch event of the festival and expansion to Ghana was dubbed ‘’Global Citizen Festival Accra’’.

Speaking at the event, Liz Agbor-Tabi, Vice President of Global Policy assured that Ghana will experience the best of its activities on the continent.

“We’ve gathered today to share with you our exciting plans for the Global Citizen Festival: Accra, taking place right down the street at the iconic Black Star Square on September 24th 2020.

“Black Star Square represents a beacon of democracy, independence, and equality. Built as a symbol of independence it will not only be hosting the Global Citizen Festival this year, but also Ghana’s 65 Years of independence celebrations” she said.

Co-founder of the Global Citizen Festival, Hugh Evans, in a remark declared his commitment to raising some funds to support the United Nation’s global goals.

“As we mark the 10th anniversary of the Global Citizen Festival, we’re proud to be bringing the festival to Accra – to add to the $41 billion in commitments we have secured over the past decade, from governments, the private & philanthropic sectors, that have impacted over one billion lives around the world.’’

“Decades of systemic and political failures have led humanity into the midst of converging and rapidly deteriorating crises. The most marginalized populations are paying the price of the stagnant inaction of world leaders, and now millions of lives, and the future of our planet, are at stake”, he further said”.

The launch of the Global Citizen Festival Accra would be climaxed with a music performance by an amazing lineup of artists including Usher, Gyakie (JACKIE), H.E.R, Sarkodie, Stonebwoy, Stormzy, Sza and TEMS.

This music festival would be held at the Black Star Square on September 24th, 2022 and is a free ticketed event.