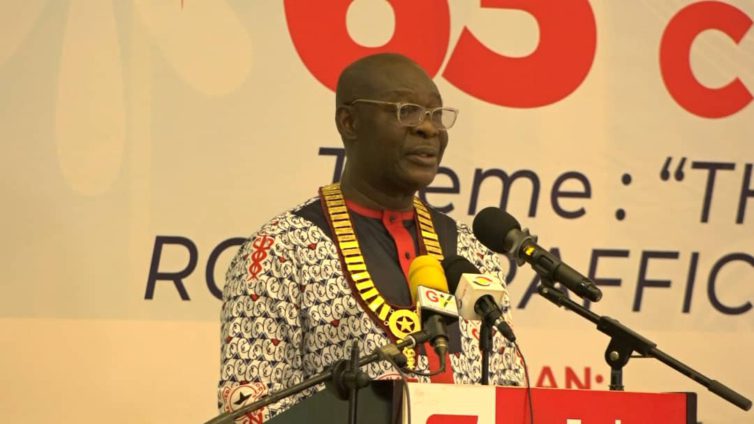 The Ghana Medical Association (GMA) has commended the Greater Accra Regional Minister, Henry Quartey, for what they described as a bold initiative to ban tricycles on the major highways in the nation’s capital.

Though the minority in parliament has described the attempt as unconstitutional since no laws in Ghana support such a move, Dr Frank Ankobea, the outgoing president of GMA, has urged authorities to replicate the initiative nationwide.

He insists such bold steps are needed to help end the avoidable carnage on the roads.

According to the MTTD figures, 11,586 accidents were recorded from January to September 2021, out of which 2,126 people were crushed to death while 11,659 others sustained varying degrees of injury, a situation he said is unacceptable and cannot be taken for granted.

“The developing phenomenon of usage of tricycles and motorbikes for commercial activities and their disregard for road etiquettes have contributed immensely to the dangers on our roads and are heavily linked to greater mortalities when road traffic accidents occur”, he said.

This, Dr Ankobea said, requires bold decisions from authorities, such as the initiative to ban tricycles on major roads.

He noted that vehicle defeats play a lesser role in the fatalities as against human-related errors.

To help control the road menace, which is claiming the lives of the productive population, he professed continuous professional development as a requirement for the renewal of driver’s license to addressing human-related errors.

He also called on the Roads and Highways Authority to remove all unapproved speed rumps and further urged the government to ensure and insist on proper road designs.

Dr Ankobea made the call at the GMA’s 63rd annual general conference in Sunyani in the Bono Region. It was under the theme; the menace of our time: Road traffic accidents and Galamsey.

“The theme for this year’s conference was chosen based on sound reason and a clear indication that some enemies of old, that is, road traffic accidents and illegal mining, continue to linger on and affect or pose a danger to the health care system of Ghana”, he explained, even though covid-19 is still around.

The presidential adviser on health, Dr Anthony Nsiah Asare, said more needs to be done to improve post-crash injury care to reduce accident-related deaths. He said delays in care after accidents can make the difference between life and death.

“We have to improve some structural and operational issues in maintenance, hospital response systems, and more importantly, sustainable financing of the National Ambulance Service to make the service more timely, efficient, and effective”, he stressed.

On the menace of illegal mining or galamsey ravaging the environment, the outgoing GMA President, Dr Ankobea, said the involvement of politicians and well-known people makes the fight against it even more difficult to win.

He, however, urged the government and other stakeholders to find a lasting solution to extricate Ghanaians from the real negative health and economic implications of galamsey.