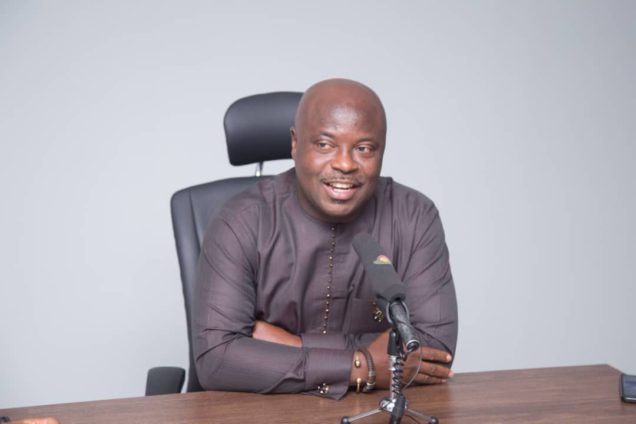 Young graduates and youths have been advised not to depend on the government for jobs but instead go into businesses and entrepreneurship.

Group Chairman for the First Sky Group, Mr Eric Seddy Kutortse made this known in his speech at the opening ceremony of the Volta Fair 2021 in Ho.

Mr Eric Seddy Kutortse noted that government alone cannot provide jobs for the many youths and graduates in the country hence the need for youths to establish their small business, work hard and expand it to their desired level.

“Instead of waiting for the government to employ you after school, you can also help yourself and the government by employing people through the establishment of your own businesses,” Mr Kutortse said.

According to Mr Kutortse, the establishment of businesses helps the youths to work for the nation and society thereby making positive impacts that make it easier to be financially independent

The Chairman further said the young people must take advantage of the Volta Trade and Investment Fair and go round and see what they can build up after the Volta fair.

“The First Sky Group which consists of Volta Serene Hotel, Serene Insurance, Frerol Rural Bank among others will continue to sponsor the Volta Trade and Investment Fair every year without failing,” Mr Kutortse promised.

The two-week-long fair is under the theme: Promoting sustainable Trade and Investment, and will at the close of the programme attract more than 500 exhibitors and about 10 .00 visitors

Aside from the showcase of products by companies and assemblies, there will be workshops for SMEs, international business meetings as well as youth entrepreneurship summits, tours to major factories in the region and a sensitisation seminar on the Africa Continental Free Trade Area Agreement

In addition, there would be visits to the various tourist sites in the Volta Region.