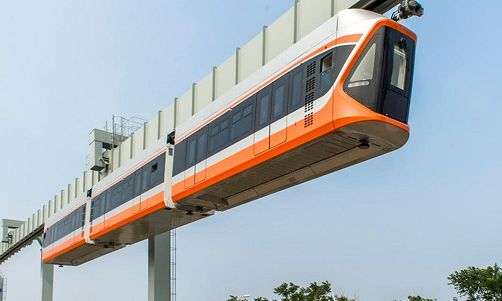 Government has begun a review of the contract for the construction of the sky train project as a means of transport.

According to Minister for Railway Development, Joe Ghartey, development in Ghana’s transportation system requires such an innovation, adding a decision could be made before December this year.

He spoke to JoyBusiness after inspecting work on the Accra Nsawam railway line which is about 95 per cent complete.

Mr Ghartey said, ” The skyline project is a private sector-led and we as a government have to go through the necessary process to ensure that there is a viable approach hence we’re reviewing the contract.  The engineers have submitted their feasibility report to cabinet and government has set up a competent team to review it”

He added that the project which is under a concession agreement will be beneficial to the socio-economic development of the country.

“Mine is to tell the President and the people of Ghana whether the project is good or not but I can assure you that I will get it accomplished if it is a good deal.  The train is a must because so far it is the best thing that has happened to us,” he added.

In November 2018, the government signed an agreement with a South African group, Africa Investment (Ai) SkyTrain Consortium, for the construction of a $3 billion Accra Sky Train Project.

The project would be rolled out in phases, with the first covering 256km at a cost of $1.2bn.

The Sky Train Project is expected to solve the increasing road traffic congestion in Accra as well as boost economic activities in the capital city Accra while dealing with pollution.

The Memorandum of Understanding (MoU) is expected to last for nine months for (Ai SkyTrain Consortium) to do a feasibility study into detail after which concessionary agreements will be presented to cabinet for approval.

If approved, construction would commence in January 2020.