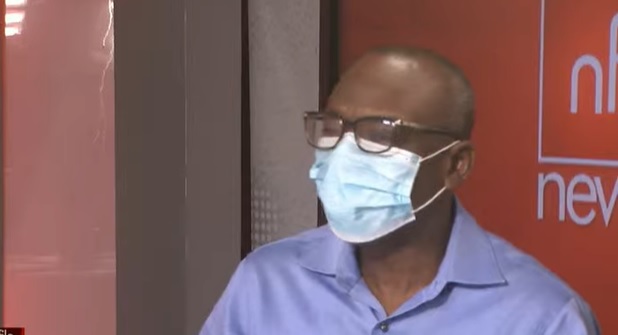 Ing. David Osafo Adonteng is the Director of Planning and Programmes of the National Road Safety Authority

Director of Planning and Programmes of the NRSA who disclosed this on the AM Show on JoyNews said the Authority’s constant advocacy for the dual carriageways is yielding results as the government has already started work on the Accra-Kumasi, Accra-Takoradi and Accra-Aflao highways.

David Osafo Adonteng told Israel Laryea “systems must be put in place at least to protect you. One of them is the dualisation of the highways. The government is making plans to turn the Accra-Kumasi highway into an Expressway and you see they’ve started.”

“The plan will also look at the Accra-Takoradi, Accra-Aflao and Accra-Akosombo section. When we do this, then we’d begin to see these changes coming.”

The National Road Safety Authority agrees with this school of thought, Mr Adonteng said, adding that it is one of the reasons his outfit has been advocating for government to listen to the plea of the commuters.

He urged all institutions involved to get to work to ensure Ghana’s roads are safer.

“Some street lights are not functioning.  It is somebody’s job to ensure they work. So we have to go for them and push them to do that. I think this is where we’d see some changes,” Mr Adonteng said.

He said the NRSA is committed to its course and will ensure it works to reduce road accidents in Ghana.