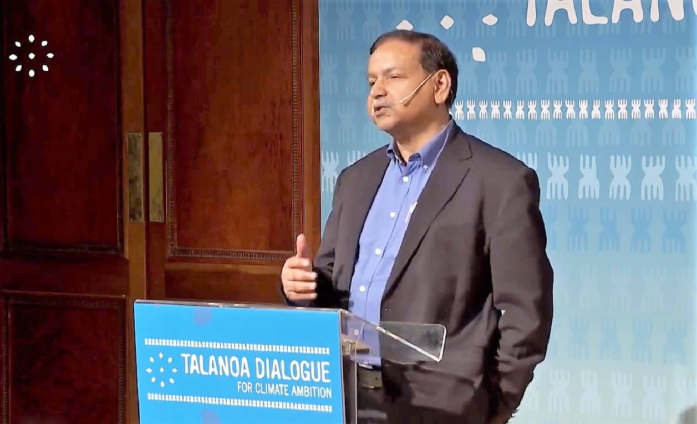 The International Centre for Climate Change and Development (ICCCAD) attributes the era of loss and damage brought on by human-induced climate change to governments and fossil fuel companies.

Director of ICCCAD, Prof Saleemul Huq says, “both governments and fossil fuel companies are guilty and must be held to account.”

Professor Huq contends that the time has come to take on the real “criminals” behind the climate crisis—the fossil fuel companies—who have knowingly harmed the environment in order to continue making money and who have also been influencing politicians in the polluting countries to obstruct UNFCCC progress.

The Bangladesh-based organization claims that on “Loss and Harm Action Day,” they stand in solidarity with those who are experiencing the greatest effects of climate breakdown and demand that wealthy nations and major polluters pay for the loss and damage they continue to willfully cause.

The new Executive Secretary of UN Climate Change, Simon Stiell, referred to the next COP27 conference in Sharm el-Sheikh in November as “the world’s first opportunity in the era of implementation of the Paris Agreement to demonstrate progress.”

He said that the world is in danger and that “we are a species in trouble” is evident from the vast scientific foundation upon which this process was created.

“Despite this data, recently reinforced by a  series of IPCC Reports, humanity continues to pollute the skies, poison its oceans, and wreak havoc on our land and biodiversity,” he said.

As the effects of climate change worsen rapidly, he urged countries to eliminate the greatest emissions gap between aspiration and reality emissions levels.

“We need no more encouragement than a daily look at global news. In every region, every country, we are seeing out-of-control impacts”

DISCLAIMER: The Views, Comments, Opinions, Contributions and Statements made by Readers and Contributors on this platform do not necessarily represent the views or policy of Multimedia Group Limited.
Tags:
Climate change
ICCCAD
Saleemul Huq