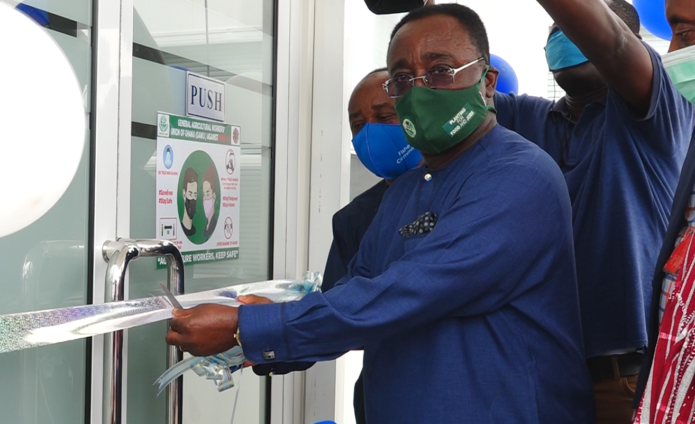 The Agric Minister is worried about vegetable production in the country losing out on a projected $3 billion annually.

It is against this backdrop that his outfit has handed over four Reefer (Refrigerated) Vans to vegetable dealers under the Ghana Commercial Agriculture Project (GCAP) to boost production.

Using Kenya as a case point, Dr Afriyie Akoto told JoyBusiness vegetable production could be wielding as much revenue as Kenya is generating, thus about 3 billion dollars a year.

“If you look at history of the assistance of government, it’s been virtually nothing and here is an untapped potential that we feel that with little push they’ll be able to deliver.” He said.

The vans, which form part of packages under the Peri-Urban Vegetable Value Chain project of the GCAP, seek to link vegetable farmers to markets as well as stabilize their prices.

BB Vegies, AB Farms, HMR and Dzifresh Companies are the beneficiaries of the Reefer Vans.

The new GIDA office was funded by the World Bank through the Japanese government.