Government has relieved four Metropolitan, Municipal and District Chief Executives (MMDCEs) in the Volta Region of their post over reasons yet to be made public.

According to the Volta Regional Minister, Dr Archibald Letsa, who confirmed the dismissal reports, the affected MMDCEs were notified through a letter from the Local Government Minister, Hajia Alima Mahama.

Speaking in an interview with Adom News, Dr Letsa said there will be an official statement from the Local Government Ministry to that effect.

“I can confirm four of our MMDCEs have been relieved of their post for one reason or the other with their letters given to me on Saturday which was a public holiday but I haven’t chanced on the reasons they were asked to leave post,” he said.

A statement signed by the Local Government Minister urged the Regional Minister to liaise with the Regional Electoral Commission to conduct the confirmation processes of the new appointees.

Below is the full statement; 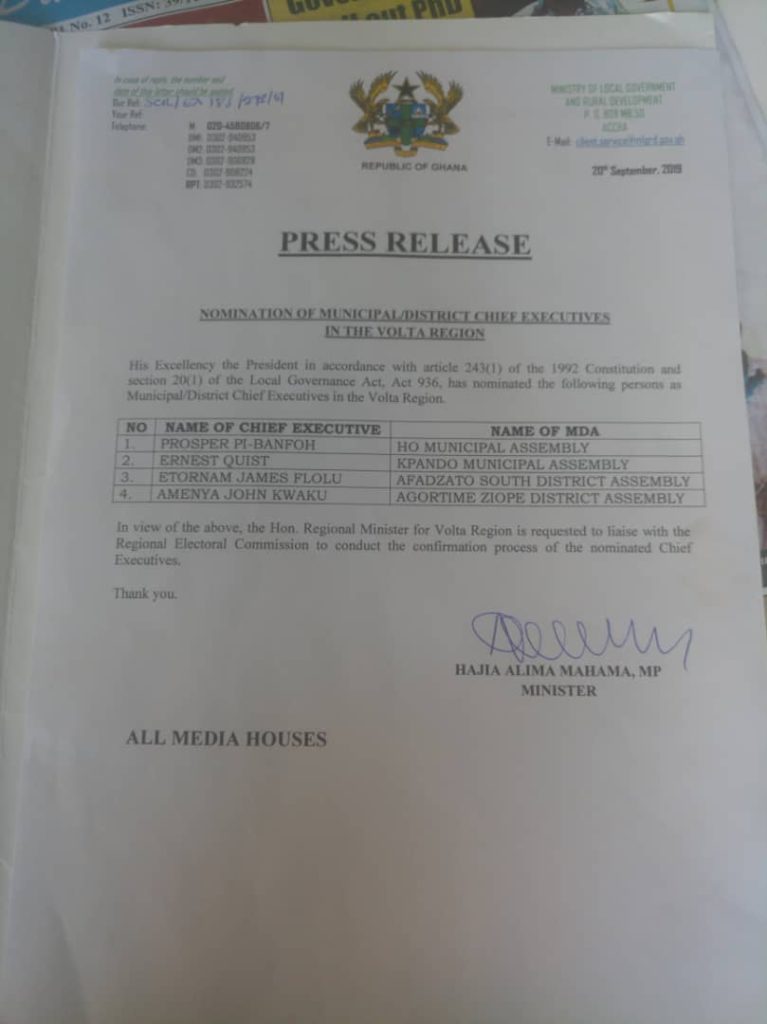