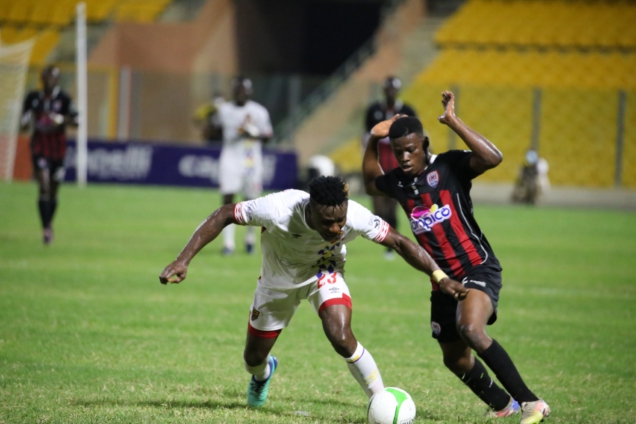 Mr Al-Smith was reacting to President Akuffo-Addo’s decision to assist the 18 clubs with GHS 900,000. The decision was announced on Friday, with two days to the elections.

The money is to help ease the financial burden on clubs due to the economic impact of coronavirus pandemic.

In an interview on the Joy Sports Link on Saturday, Mr Al-Smith questioned the timing of the relief and noted that government should be more involved in the development of local clubs.

“I think that timing is probably the most important thing. Why do you give the people GHS 50,000 on the eve of elections when indeed they honestly needed the money more during the peak of COVID. That is a question we should ask ourselves and that is a question the clubs are asking themselves,” he said.

“If we want our teams to do as well as the teams in the Northern part of Africa, the government has to be heavily involved. When Kotoko set off for the first leg of the CAF Champions League game [against Nouadhibou], they will tell you how relieving it was for them psychologically that when they placed a call to government to have that air force plane released to them at a subsidised amount [and got it].

“The GHS 50,000 is good, a good gesture but for now, that is what it is. Our clubs do not deserve tokenistic gestures. If we want to be serious about football, let’s be serious about it,” the highly-rated sports journalist added.

It is expected that another tranche of payment will be released at a later date.

DISCLAIMER: The Views, Comments, Opinions, Contributions and Statements made by Readers and Contributors on this platform do not necessarily represent the views or policy of Multimedia Group Limited.
Tags:
Gary Al-Smith
Ghana Premier League
Government of Ghana
Joy Sports