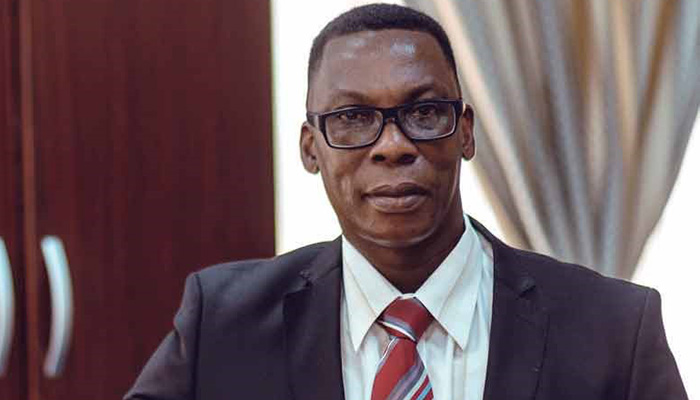 The National Chairman of the Ghana Private Road Transport Union (GPRTU) has commended the National Insurance Commission (NIC), for coming to the rescue of their members in the commercial transport sector and bringing sanity to our roads.

The Chairman, Nana Nimako Bresiamah made these remarks when he and other National and Regional Executives of the GPRTU paid a courtesy call on the Commissioner of Insurance, Dr. Justice Ofori, to commend him on the leadership role he played in the implementation of the Motor Insurance Database (MID), which he noted, has significantly reduced the incidents of fake insurance policies procured by their members [commercial drivers] who only realised these policies were fake after an accident occurred.

The Executives, noted that since Dr. Ofori took over the mantle of leadership at the National Insurance Commission (NIC), the transport industry had conspicuously noticed the sanity he has brought to the insurance industry.

They, however, requested the Commissioner to do something about the ‘No Premium, No Cover’ policy, as many commercial drivers have come to appreciate the importance of comprehensive insurance policies over third party insurance covers.

According to the General Secretary, Mr. Godfred Abulbere, while some of their members wish to buy comprehensive motor insurance they are compelled to go in for just third party cover because, they are unable to pay the premiums upfront.

In his response, Dr. Justice Ofori, expressed his appreciation for the recognition and the role the GPRTU played in the implementation of the MID.

Reacting to the desire by their members to purchase comprehensive motor insurance as against third parties, Dr. Ofori described the request as a thoughtful approach, especially by commercial who hitherto, bought third party insurance just to satisfy police checks.

He revealed to the Executives that if the one-time payment of a comprehensive insurance policy premium by a vehicle owner is high, there is also an opportunity for them to take monthly and even quarterly packages. This, he explained, has been available on the insurance market and urged the drivers to take advantage of such flexible arrangements.

It came out that leaders of  the Union, had no knowledge about this. They were, therefore, encouraged to request such from insurance companies and where they were not receiving good response for such arrangements, they should quickly resort to the NIC to have the insurance companies to comply as it is legal to do so.

Dr. Justice Ofori was appointed as Commissioner of Insurance by the President, His Excellency, Nana Addo Dankwa Akuffo-Addo in 2017, after serving as the first Director of the Ghana Insurance College.

The NIC under his leadership appeared as one that has been reborn as many reforms have taken place while more are still in the offing.

Full of energy, discipline and tenacity, Dr. Justice Ofori held on tightly to the government’s digitisation agenda by introducing and implementing the Motor Insurance Database (MID), a central platform on which no validly insured vehicle could ‘escape’.

He was particularly motivated to reduce significantly, the number of vehicles with fake insurance policies plying our roads and was instrumental in ensuring that the menace was curbed as families and livelihoods were being adversely affected in the event of road accidents.

Following successful discussions, Dr. Ofori announced the intention of the Commission to organise training sessions for drivers across the country. This, he believes, would largely increase awareness as regards the rights and responsibilities of motorists.

He indicated how passionate he is about insurance education after leading the Commission to institute the training of  personnel of security agencies including the Ghana Police Service MTTD, the Ghana National Fire Service, among several others just to make them understand insurance.

According to him, he believes in the fact that educating people on insurance, will lead to a heightened appreciation of insurance rather than the feeling of compulsion to buy insurance.

His establishment of an Insurance Educational Fund to promote insurance awareness in Ghana was further highlighted by his target of training 10,000 youth as insurance agents, to boost the manpower needs of the insurance industry and also to engender professionalism in the agency sector.

The GPRTU is one of the organised groups with such commendations for the Commissioner for the leadership roles he played in the reforms in the insurance space in the past few years.

For him, as he explained to the GPRTU Executives, the policyholders’ interest and protection is so dear to his heart as that is what forms the basis of the Commission’s mandate. The Commission would therefore do all in its power to fulfil this mandate.

DISCLAIMER: The Views, Comments, Opinions, Contributions and Statements made by Readers and Contributors on this platform do not necessarily represent the views or policy of Multimedia Group Limited.
Tags:
GPRTU
Motor Insurance Database
NIC