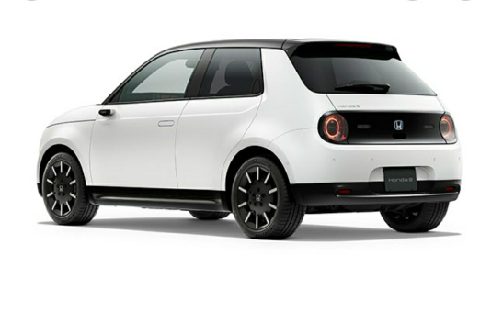 A Green Tech company based in South Africa is close to launching an electric-vehicle assembling plant in Ghana.

Both parties are in the concluding stages of discussions to cement the deal which includes the production of the electric vehicle, battery swapping stations and solar charging facilities in the country.

CEO of Agilitee, Dr Mandla Lamba, in a virtual interaction with the media, said Ghana was chosen because of the potential of its automobile industry and the need to extend eco-friendly smart solutions to West Africa.

When established, the plant will give a boost to government’s vision to make Ghana a competitive industrial hub for the automotive industry in West Africa.

Higher emissions of carbon dioxide remain a major contributor to the gradual depletion of the ecosystem.

A report by CNBC revealed that, in 2019 alone, fossil-fuel-powered vehicles contributed towards unprecedented atmospheric levels of carbon dioxide.

Excessive emission of Greenhouse gases like CO2 and Methane are disturbingly causing an energy imbalance culminating in global warming.

This has unprecedentedly contributed to several adverse weather events including continuous and deadly bushfires, floods, and increasing sea levels.

Available statistics revealed Africa contributes 4percent to global fossil-fuel emissions in 2017, with its countries including Ghana contributing 0.51 tons per capita.

In a bid to have a carbon-reduced future, countries such as the United Kingdom intend to ban the sale of upcoming diesel and petrol-powered cars by 2030, resorting to the use of electric vehicles and appliances.

Additionally, some top US automakers including Ford, General Motors and VW are on a record to have a majority of their latest cars being electric by 2030.

Change, they say, is inevitable. Just as the over 3 billion people on the African continent have had to embrace the emergence of Internet, experts posit adoption of electric cars might trod a similar path.

Fortunately, Agilitee, an electronic vehicle and Green tech company based in South Africa, is at the forefront of the 4th industrial revolution in Africa.

The Green tech company is set to launch an electric vehicle and appliance dealership and assembly plant with the government of Ghana following its success in South Africa.

The move is in line with Ghana’s national climate change adaptation strategy seeking to alleviate the risks posed by the consequences of climate change.

Chief Executive Officer of Agilitee, Dr Mandla Lamba revealed his company is in its concluding agreement with it local partners to penetrate the Ghanaian market and kickstart full operations.

The tech company will be introducing eco-friendly electric gadgets to reduce greenhouse gas emissions produced by burning fossil fuels, in line with the 2016 Paris Agreement.

“We are currently concluding transactions to begin full operations with highly reputable businesses in Ghana. We believe Ghana is more ready for this Green revolution.

Ghana’s president has been doing his part not only for Ghana but the entire continent.

“We are looking forward to penetrating the Ghanaian market, where people will be able to use electric appliances that harness 10% of energy. It can be used anywhere, even with solar energy,” he said.

After its launch in South Africa, Agilitee is set to begin its operations in Zimbabwe, Rwanda, Malawi, and finally Zambia.