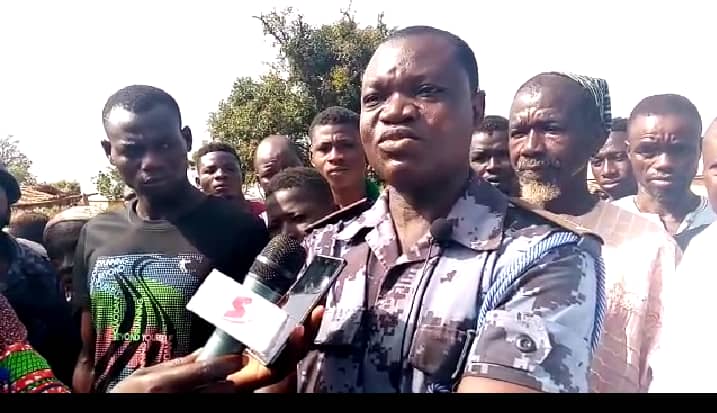 The Gushegu Police Command has revealed that it has acquired some names of persons suspected to have initiated the disturbance at Karaga in the Northern Region on Monday.

Addressing the media, the Police Commander, ASP Thomas Tulasi said preliminary investigations have revealed the cause of the violence between supporters of the New Patriotic Party and National Democratic Congress.

According to him, 3 NPP and 6 NDC supporters sustained various degrees of injuries during the incident.

He, therefore, cautioned youth in Karaga to desist from any retaliation as it could escalate into conflict in the area.

Currently, 4 supporters of the NPP supporters are receiving medical care at the Karaga Hospital with one in critical condition.

According to the Physician Assistant, the victim in critical condition reported to the hospital with severe machete wounds and several broken bones.

He said it took the medical team closed to five hours to stabilize him.

The NPP parliamentary candidate, Dr Mohammed Amin Adam who had been engaging the youth from both political parties urged them to keep calm and allow the law to run its course.

He insisted that infrastructural development in the area will be irrelevant should the youth continue on this violent path.

Dr Amin asked the youth to seek the interest of the area first.