H. Kwasi Prempeh: On Domelevo’s leave, there's no need to make president even more imperial than he already is - MyJoyOnline.com

H. Kwasi Prempeh: On Domelevo’s leave, there’s no need to make president even more imperial than he already is 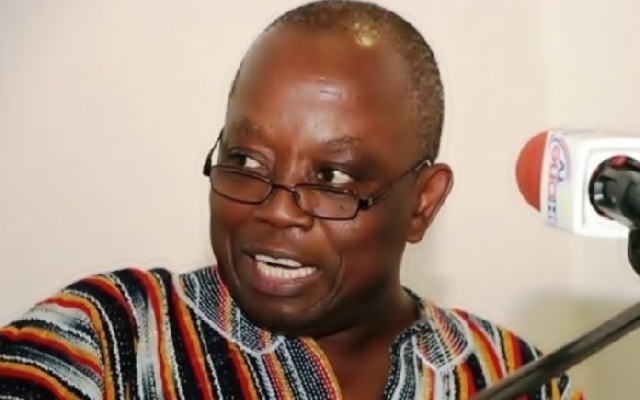 It is a mark, perhaps, of the enduring influence of the Imperial Presidency on our thinking, both as lawyers and as non-lawyers, that it has come to be assumed, as almost axiomatic, that (1) every holder or occupant of an independent constitutional office must have a human “boss”; (2) the default boss must, of necessity, be the President; and (3) the prerogatives of the President in this regard must include the power administratively to “discipline” such officeholders, which shall be understood to include the power to send them off on “accumulated” leave.

The constitutional and analytical poverty of this line of ressoning is exposed by the fact that it fails to consider or reckon with certain fundamental precepts and principles arising out of our constitution.

(A) The Constitution of Ghana, like constitutions of other democratic states, creates a multi-branch structure of government, with public power, authority and responsibility disaggregated and distributed among three traditional branches of government (legislative, executive, juducial) plus a fourth category of independent, special-purpose constitutional offices with specially designated mandates of a politically neutral nature.

(B) The constitutional structure creates a system of separation of powers and checks-and-balances in which, among other things, officials in one or the other of branch or separated office are not subordinate to the operational or administrative control of officeholders in another branch or class of independent offices.

(C) Independent constitutional commissions and officeholders (ICCOs) do not belong to the Executive branch; they are a class of stand-alone constitutional offices, constituting what has come to be known in contemporary constitutional discourse as a “fourth branch of government”.

(D) ICCOs enjoy certain constitutional protections and safeguards modelled, in Ghana’s case, mostly after those enjoyed by the judiciary, precisely to preserve their independence from everyday politics and the political branches (i.e. Executive and Parliament).

The role is one of an “external auditor” of government. Because of their watchdog role in ensuring transparency and accountability for the handling of the public purse, Auditors-General in the common law constitutional tradition are generally regarded as “independent officers of Parliament”, Parliament being the branch that controls the power of the purse. (Being independent, they are, however, not part of the regular staff of the Parliamentary Service). Thus, for example, Auditors-General in Common Law jurisdictions typically must submit their reports, by obligation, to the Public Accounts Committee of Parliament, and are, in turn, audited by an auditor appointed by Parliament. Ghana’s constitutional practice is to the same effect.

The administrative “powers” that flow from the fact that a constitutional officeholder (e.g., Chief Justice, other Justices of the Supreme Court, commissioners and chair of CHRAJ/EC/NCCE, the Auditor General) is appointed by the President can only be ministerial in nature; meaning that, they are a mere formality, being powers or duties that are triggered and exerciseable only after certain applicable constitutional processes have been exhausted.

Thus, for example, the fact that Article 297 says the appointer may remove the appointee, does not mean the President can deal with an independent constitutional officeholder the same way s/he can a Minister on the simple ground that the President appoints both. One appointee has constitutional tenure and related protections that the other does not have, and any reading of article 297 that fails to factor in that fundamental difference between the two positions or offices is bound to get the analysis and conclusion wrong.

It is instructive to note that, in recent times at least one other African President has tried to force out an independent constitutional officeholder using the strategem of “Go On Accumulated Leave” (GOAL). In that case, the target of the GOAL was the Chief Justice of Malawi. The Malawian courts, however, stood firm in the face of that undisguised threat to judicial independence and rebuffed the President’s move. There was also speculation in Kenya recently that President Uhuru, who has been on a nasty warpath against the judiciary, was contemplating using a GOAL to accelerate the retirement of Chief Justice Maraga. No such attempt has, however, been made yet. The discredited GOAL path, more befitting of Banana Republics, is not a path Ghana should be treading at this stage in its democratic journey. We should be progressing and consolidating the gains we have made so far, not backsliding or retreating.

Does any of this make the Auditor-General or any other independent constitutional officeholder above the law? Of course not. It is trite knowledge that no officeholder is above the law under our system of government. Independence does not imply an absence of accountability. Indeeed in the experience of this Fourth Republic, we have witnessed EC chairs and commissioners and a CHRAJ chair removed from their high and independent offices, pursuant to constitutional process. We have witnesssed Justices with secure tenure and other constitutional protections removed from office or sanctioned or disciplined, pursuant to constitutional process.

The current Auditor-General’s issuance of surchages are often challenged in court, and he has even been subject to contempt proceedings for failing to enter timely appearance in a case. In fact, the accounts of the Auditor-General are themselves subject to audit by an auditor appointed by Parliament (instructively, not by the President). Even a Chief Justice has been sued in court before, and her actions ruled unlawful by her colleagues. The President, too, is sued often, via the Attorney-General, even though s/he enjoys term-of-office immunity from criminal and civil proceedings in his or her personal capacity. So, no, no constitutional officeholder is above the law.

That still leaves in place ample avenue for holding an independent constitutional officer legally accountable for their acts or omissions. If it is felt, for instance, that they are in breach or neglect of a statutory duty, an appropriate suit or petition may be brought at the High Court or before CHRAJ to compel their compliance. Their other official acts and omissions may be similarly challenged. They are, of course, subject to criminal prosecution and liability if their conduct is thought to constitute a criminal offense. In extreme cases, where their actions or omissions are felt to be sufficiently grave to merit removal from office, an appropriate petition for their removal may be brought pursuant to article 146 of the Constitution.