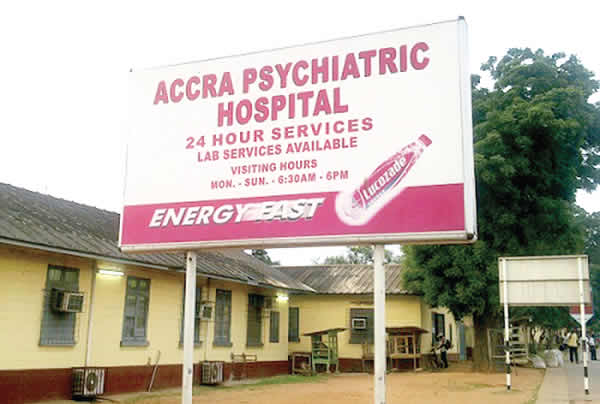 The Health Minister, Kwaku Agyeman Manu has dismissed reports that the Accra Psychiatric Hospital has been sold.

The Herald Newspaper on Monday reported that the government has sold the Psychiatric hospital to some private investors.

“This follows a durbar held by the Management of the hospital during which they were told that the land on which the hospital sits, has been sold to some foreign investors linked to the Finance Minister, Ken Ofori-Atta.

“They have been told that the foreign investors will take over the facility by June, this year, hence they should start psyching themselves up in readiness to leave the place; a state land,” the Herald reported on Monday.

However, in a Facebook post on Monday, the Health Minister denied the reports stressing that the Hospital is to be redeveloped into a new modern 220-bed Psychiatric Hospital.

“The story making rounds that the Accra Psychiatric Hospital has been sold is not TRUE. It hasn’t been sold. It is to be redeveloped under Agenda 111 into a new modern 220-bed Psychiatric Hospital under an EPC Contract. Tenders have been received and are being evaluated currently. Afterwards, it will go for VFM, Cabinet and loan will go for Parliamentary approval,” the Minister stated.

He added that the Ministry might relocate staff of the Accra Psychiatric hospital to Pantang Hospital.

“Staff might be relocated to Pantang to make way for redevelopment, but the authorities will ensure that until and unless all steps towards getting the contractor on-site are completed and contractor is ready to commence work, there will be no relocation.”