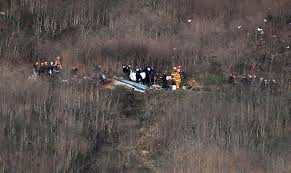 The helicopter carrying basketball superstar Kobe Bryant and eight others crashed into a Calabasas, California, hillside with a “high energy impact,” the National Transportation Safety Board said Tuesday.

As federal investigators wrapped up operations at the crash site, the NTSB’s Jennifer Homendy said preliminary information suggests the plane descended rapidly and was likely in one piece before it slammed into the hill.

“The descent rate for the helicopter was over 2,000 feet a minute, so we know that this was a high energy impact crash,” Homendy said. “This is a pretty steep descent at high speed. So it wouldn’t be a normal landing speed.” 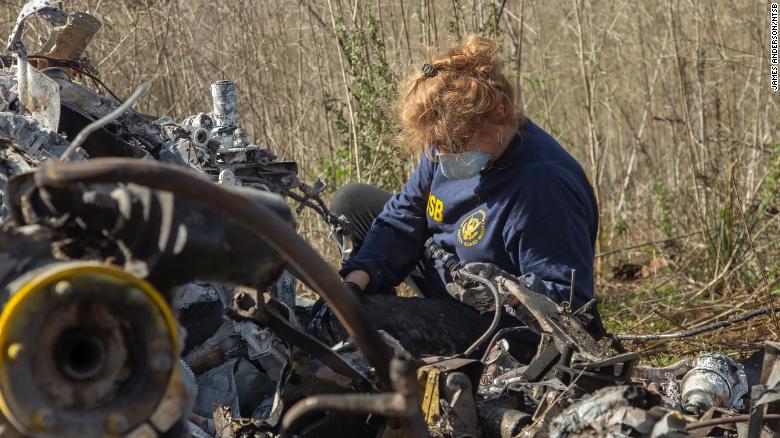 The crash occurred about 1,085 feet above sea level, missing the top of the hill by 20 to 30 feet, investigators said. Parts of the helicopter were found scattered around a crash site that stretched 500 to 600 feet, the NTSB said.

The NTSB will release its preliminary report on the crash in 10 days, Homendy said.

On Tuesday, NTSB turned over the accident site back to local authorities after recovering pieces of the wreckage, an iPad, cellphone and documents including maintenance records, the helicopter’s registration and the airworthiness certificate.

The helicopter did not have a terrain awareness and warning system — a safety feature which provides the pilot with information about the terrain, Homendy said.

The NTSB recommended that similar helicopters be equipped with the system after a fatal Texas crash in 2004 that killed 10 people. The Federal Aviation Administration failed to implement the recommendation, Homendy said. 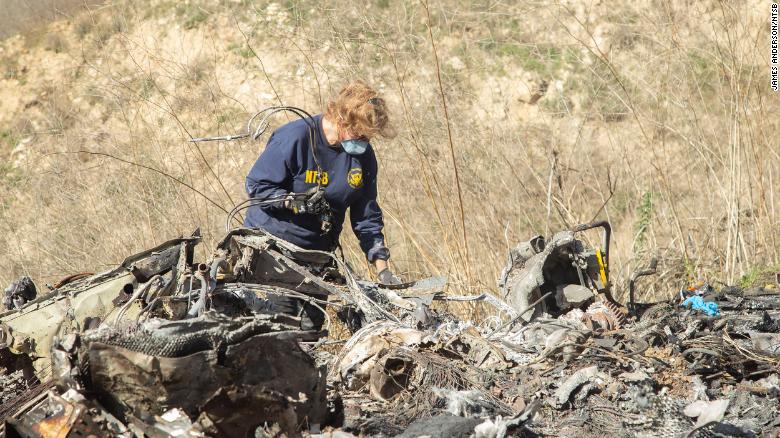 The NTSB’s Carol Hogan examines wreckage at the crash site

In his last communication with air traffic control, the helicopter’s pilot said he was climbing to avoid a cloud layer, the NTSB previously said. But when air traffic control asked him what he planned to do, there was no response.

Weather experts are studying that morning

The morning of the crash had been particularly foggy.

Visibility was so low Sunday morning that the Los Angeles Police Department had decided to ground its helicopters.

But comparing the police helicopters with the one Bryant was flying in — a Sikorsky S-76B — isn’t accurate, Homendy said.

“It’s an apples to oranges comparison. It’s a different helicopter, different operations, they have 4-person helicopters, this is outfitted for more than that,” she said. “We have to look at this specific crash, this specific helicopter.”

Homendy said a weather expert on staff is studying the weather that day and the decision-making behind flying Sunday.

And while she said that clearance is very common and nothing out of the ordinary, Homendy said investigators will look into whether Zobayan should have been granted that special permission.

Meanwhile, families are mourning the nine people who died Sunday — including 41-year-old Bryant and his 13-year-old daughter, Gianna.

Christina Mauser was an assistant girls basketball coach, former teacher and mother of three. Her youngest daughter is turning four years old next week. Mauser had been recruited by Bryant himself, her husband said, to help coach a team in his basketball academy.

Three young girls on the helicopter — including Gianna — were on their way to a basketball game in Thousand Oaks.

One of them, Alyssa Altobelli, was flying with her parents, John and Keri.

Another, Payton Chester, was flying with her mother, Sarah Chester.

They all were killed in the crash.

“While the world mourns the loss of a dynamic athlete and humanitarian, I mourn the loss of two people just as important … their impact was just as meaningful, their loss will be just as keenly felt, and our hearts are just as broken,” Todd Schmidt, a former principal at the elementary school Payton once attended, wrote in a Facebook post.

Zobayan, who also died, had more than 8,200 hours of flight time, Homendy said, and had been working with Island Express Helicopters, which owned the Sikorsky S-76B.

The LA County Department of Medical Examiner-Coroner announced all nine bodies had been recovered — four of which were officially identified through the use of fingerprints.