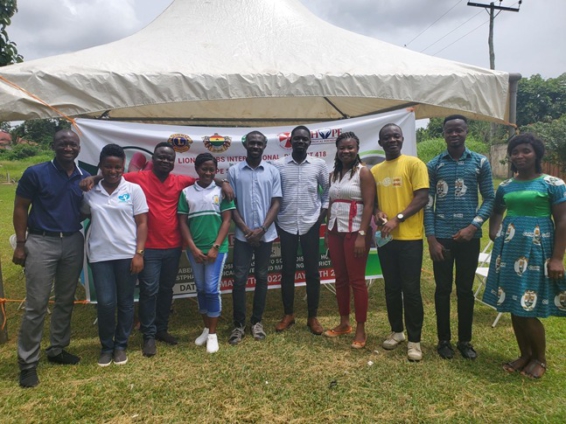 The Hope Surgical Foundation in partnership with Lions Clubs International have provide free medical and surgical outreaches to people in the Ashanti and Ahafo regions.

The foundation which is dedicated to reducing the incidence of diabetes-related lower limb amputations visited various communities to carry out the free screening and surgeries.

The outreach forms part of the Hope for Diabetic Foot Project which was launched on June 19, 2021, at the Abenkyiman Hospital in Ofoase Kokoben.

Providing more details the Foundation noted that 2,153 persons were tested for diabetes and other medical conditions.

In addition, 67 free surgeries were performed to help patients who had foot complications.

Diabetes has been a major problem in Africa for many years. Ghana has seen an increase in the number of diabetes cases, as well as diabetes-related morbidities and mortality.

The unfortunate thing is that many people, particularly in rural regions and those with poor socioeconomic status, are unaware they have diabetes until problems arise.

According to Gatimu et al, in Ghana, general population studies have estimated that 6% of the population has diabetes, with incidence increasing with age and being greater in urban than rural regions.

Diabetic foot problems include everything from neuropathies to diabetic foot ulcers and gangrene. Many people have lost limbs as a result of these issues because they lack the resources to receive periodic checkups and even follow up on treatment after they are detected.

According to a retrospective study at the Tamale Teaching hospital by Tolgou et al, Diabetic vasculopathy was the most prevalent indication (44.6%) for lower limb amputations in the region.

On the back of this, the Lions club international and the Hope Surgical Foundation say they very committed to making this a long term sustainable project in deprived communities in Ghana.

DISCLAIMER: The Views, Comments, Opinions, Contributions and Statements made by Readers and Contributors on this platform do not necessarily represent the views or policy of Multimedia Group Limited.
Tags:
Diabetes
Hope Surgical Foundation