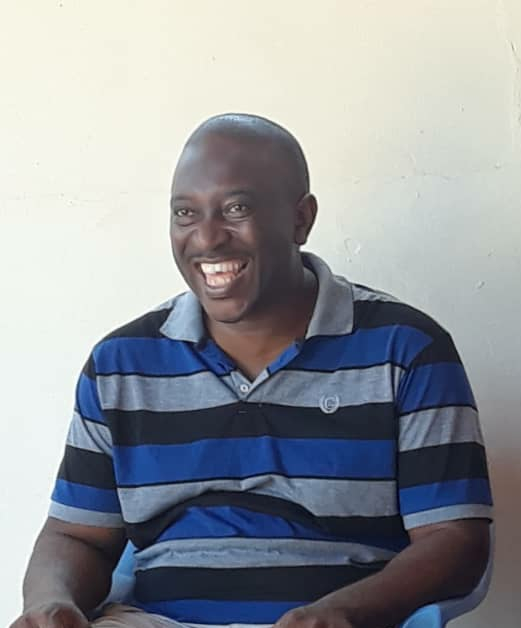 Solomon Asare Kumah came to Ghana in 2019 to visit his ill father who had been on admission at the Korle Bu Teach Hospital for two months.

While he was in Ghana, Solomon took ill. His sister and her husband took him to a hospital at Sakumono, a suburb of Tema, where doctors found that Solomon had a mass on his frontal lobe. He had a brain tumour.

Although it was declared benign – non-cancerous – it was still considered an emergency, so the hospital referred him to 37 Military Hospital. He was on his way to receiving good treatment, or so his brother, Emmanuel, who was abroad in the US, at the time thought.

Speaking on the Super Morning Show, Emmanuel, detailed and shared his brother’s story of how just one wish to spend time with his sick father in Ghana, abruptly resulted in his death at one of the major referral hospitals in the country; 37 Military Hospital.

Upon arrival at the referral hospital, Emmanuel’s sister and her husband met a neurosurgeon whose name was given only as Colonel Appiah. He told them that surgery was necessary at the time.

“It was a Thursday or Friday, so since there was an emergency needed, he told them he could perform on a Monday and he required GH¢40,000. He insisted that, if we could come up with GH¢25,000 as soon as practicable, he could get the surgery done.

So on Sunday, I believe it was August 25, my sister’s family members put their heads together and we were able to raise GH¢25,000 which was given to the surgeon, Col. Appiah.

The interesting part is that throughout the process, it was one excuse after the other, Emmanuel recounted, adding “at one time he [Col. Appiah] said he wasn’t feeling well so they couldn’t do the surgery. And I know the anxiety in the delay and the pressure put on the family.”

“At a point, he took my brother to the theatre he was administered anaesthesia and everything. After four or five hours, the surgeon brought him back to the ward that he couldn’t perform the surgery.

“Another time, the surgery couldn’t happen, he postponed it again with the excuse that the drill machine that he was going to use wasn’t functioning. So, he was going to purchase another one from South Africa.

But when Col. Appiah finally said everything was in place, Solomon was taken to the theatre, the surgery still did not happen.

This time, Col. Appiah said he did not have a surgical glue.

“They took my brother to the theatre and cut his head open ready for about a seven to eight-hour surgery and the doctor said when he was finally using the drill through his head, the drill stopped working,” Emmanuel detailed on the show.

As a result, Solomon’s head was stitched and he was wheeled back to the ward as the doctor attempted to solve the non-functioning drill machine problem.

When Emmanuel couldn’t bear the constant updates of delayed action in his brother’s case, he bought the next plane ticket out of the United Kingdom to see him in the hospital.

He disclosed that after Solomon’s head was stitched following the non-functioning of the drill machine, their sister who was with him at the hospital noticed a swelling in one of his legs.

She drew the attention of nurses to it and a test was allowed to be carried out outside the hospital. It was discovered after the test that Solomon had a condition called deep vein thrombosis.

Deep vein thrombosis occurs when a blood clot forms in one or more of the deep veins in the body, usually in your legs.

Solomon is referred to the Korle Bu Teaching Hospital

Emmanuel said Solomon was then referred to Korle Bu Teaching Hospital’s Cardio Unit to undergo an Inferior Vena Cava filter procedure which involves a mesh being placed in a lower limb to prevent the blood clot from travelling to the heart or lungs.

A week after the Korle Bu treatment, Solomon was taken back to the 37 Military Hospital where Col. Appiah finally performed the surgery on him. Solomon was immediately admitted to the Intensive Care Unit of the hospital after the surgery.

After surgery, Solomon had to undergo a CT scan, although he was unresponsive. Emmanuel said the Hospital did not inform the family that their machine was not functioning and they needed to seek the services of another facility.

“For somebody who was on life support, they were telling us that we have to go have a CT scan outside the hospital, at Airport and so we had to call a private ambulance. Even for the ICU staff, it was difficult because they didn’t know how to set up, how to send the guy out.

“It took one hour for them to brainstorm how the process was going to go and if you see the state in which my brother was; he was on a ventilator, he was on a monitor, he had all these gadgets on him and now they had to dismantle some of these things to find mobile ones, place it on him, find a way, carry this big oxygen tank and drag it out. Just the sight of it was so scary,” a distraught Emmanuel narrated.

As this went on, Solomon started to have trouble breathing because of the way tubes were passed through his mouth, Emmanuel said.

To solve the problem, he recalled that a procedure called tracheostomy was performed where an opening was created in Solomon’s neck and a tube was inserted through the windpipe to allow air to enter his lungs with the help of a ventilator.

On one visit, Emmanuel was shaken when he saw his brother whom he said had swollen up like “a balloon.”

“If you touched him he felt so soft, like rubber. I had to calm myself down because I was so angry,” Emmanuel revealed.

Less than 24 hours after the surgery, however, when Emmanuel went back to visit his brother the following morning, he was told that Solomon had died of a cardiac arrest.

Aside from the new news that his brother Solomon had just passed which he couldn’t fathom, Emmanuel now made an observation that the medical bills had doubled and the discrepancies were one too many.

“The doctor gave us a receipt for the GH¢25,000. It covered things like surgical instruments but the Hospital also billed us for surgical instruments. Some items we knew we had paid for and had receipts to cover all those things,” yet they were still billed.

“There were other procedures for example when my brother was sent to the theatre twice before the actual surgery, they had billed us for all that and we alerted them that nothing happened when he was sent in there. There was no surgery so why were they charging us for that? So these were all the procedures and labs we questioned. It was just frustrating,” Emmanuel lamented.

He said he trusted the system as 37 Military Hospital is one of the best referral hospitals, they believed their brother was in capable hands until they went through that ordeal.

“They asked that I put a complaint in writing and I never heard anything. As of right now, nobody has called my sister, nobody has asked anything regarding the whole incident. It’s just been left like that.

“I miss him, I really do,” Emmanuel said.

Solomon Asare Kumah who was 48 years old when he passed, lived in the UK and had a wife. His death was a heavy blow to his family. His father was devastated when he heard the news of his son’s death. To them, he will be remembered as funny. Someone who loved education, and a generally enjoyable person to be around.