I broke down after old tweets resurfaced – KiDi 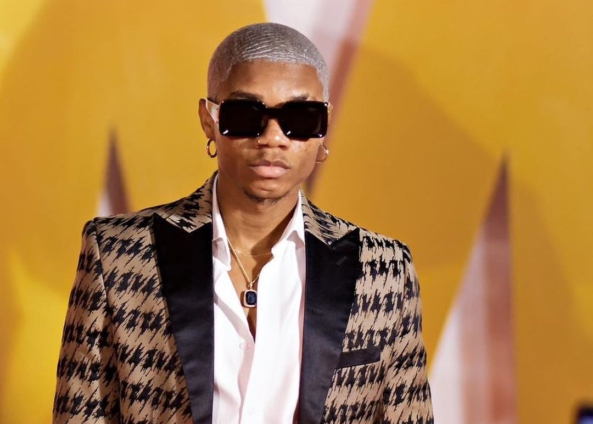 Musician KiDi has revealed that he felt embarrassed, sad and defeated after people began pulling out his “inappropriate” old tweets.

Speaking on Daybreak Hitz on Hitz Fm, the ‘Touch It’ hitmaker said that prior to the incident on Wednesday evening, he was not in a good mental state when he was hit with the tweets and criticisms that followed.

“So I was already dealing with a lot…I didn’t even have time to breathe and reset…I remember when it happened I was having my EP listening session. I actually had to leave in the middle of it,” he told Andy Dosty.

KiDi added that “I broke down in the middle of people, it was just a lot for me, so I had to leave and go home. I felt really embarrassed about all of it,” he added.

The ‘Gyal Dem Sugar’ hitmaker added that although there is no excuse for his previous tweets some of them took him by surprise because he could not remember writing them.

This comes after his old tweets – which resurfaced on Wednesday – saw him swipe at former Presidents John Mahama, John Agyekum Kufour and President Akufo-Addo.

KiDi apologised to the public admitting that at the time he was not only young but ignorant and did not understand the repercussions of his words and actions.

“I tweeted things that were inappropriate and unkind. As I mature, I came to be extremely regretful of these actions and how they affected the parties involved,” the ‘Gyal Dem Sugar’ hitmaker wrote.

Opening up on how he has grown to be a much better person KiDi said that “a lot of the things and values we hold now, we had to go through certain things in life to arrive at this place that we are, we had to unlearn a lot of things we grew up with and relearn certain things to also know that this is not okay.”

The singer added that he hopes the celebrities whom he wrote about would understand his old tweets do not represent who he is today as a person.

“I am guessing and hoping that they know that this was a young foolish boy. I wasn’t even KiDi was Nana Dwamena who just had a phone and was misbehaving so I am hoping they can see through all of that and know that I wasn’t the person I was at the time,” he said.

KiDi added that “you live, we make the mistakes, we learn through them and through learning, we become better people.”

DISCLAIMER: The Views, Comments, Opinions, Contributions and Statements made by Readers and Contributors on this platform do not necessarily represent the views or policy of Multimedia Group Limited.
Tags:
KiDi
Twitter