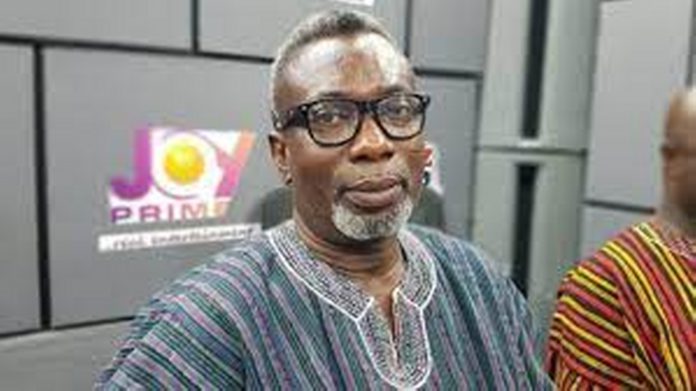 According to him, even though many people may be taken aback by the number of children he has, he believes it is small compared with other people.

The children, he explained, are from five women. KK Kabobo noted that he currently lives with one.

“As a man, it will be complete wickedness to have this number of children with one woman, so I have five women but two are dead,” he said on Accra-based Okay FM.

“The one I am with at the moment, Mrs. Eugenia Kwakye Kabobo has seven children; four boys and three girls, but I don’t want to mention the other women in order not to scare their husbands,” KK Kabobo added.

However, he went on to mention he has three children with gospel musician, Akua Serwaa Bonsu who is based in Germany now.

“One left for Mecca and I don’t know the name she uses now, but she has three who are also in America and the deceased mistresses also have their children which brings the total number to 16,” he added.

Mr. Kabobo indicated he takes a lot of pride in his children, adding they have now formed a team and they hold church services together.

DISCLAIMER: The Views, Comments, Opinions, Contributions and Statements made by Readers and Contributors on this platform do not necessarily represent the views or policy of Multimedia Group Limited.
Tags:
Highlife
KK Kabobo