I love Joey B for daring to be different – Hammer 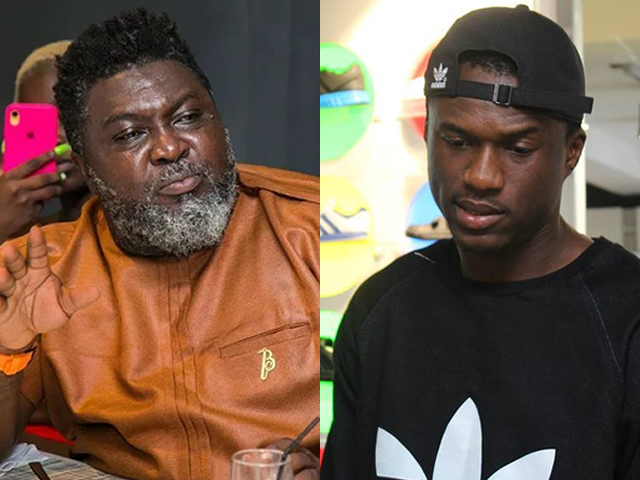 Veteran music producer, Hammer of the Last II, has expressed his admiration for Joey B’s different style of approaching the rap game.

Speaking on Daybreak Hitz on Hitz FM, Hammer said many artistes have been proving their worth in the music industry and Joey B is certainly one of them turning the game around.

Rapper Joey B has been praised continuously from his different style of rap. Although he does hardcore rap, he adds a soft side to it which makes him stand out.

“I love him for daring to be different. He is doing these cowboy songs and others would not dare [do those],” he added.

The Tonga hitmaker was featured in the producer’s list of best 20 emcees in the country which also had Sarkodie, M.anifest and Obrafuor.

Hammer, known for training many popular musicians, explained that a hall of fame should be available to document and celebrate artistes like Joey B.

“The names and works of some of these young artistes working had to change the game should be documented in art history books,” he added.

DISCLAIMER: The Views, Comments, Opinions, Contributions and Statements made by Readers and Contributors on this platform do not necessarily represent the views or policy of Multimedia Group Limited.
Tags:
Hammer of the Last Two
Joey B