I still stand by words, Joe Mettle is not the best – Patience Nyarko 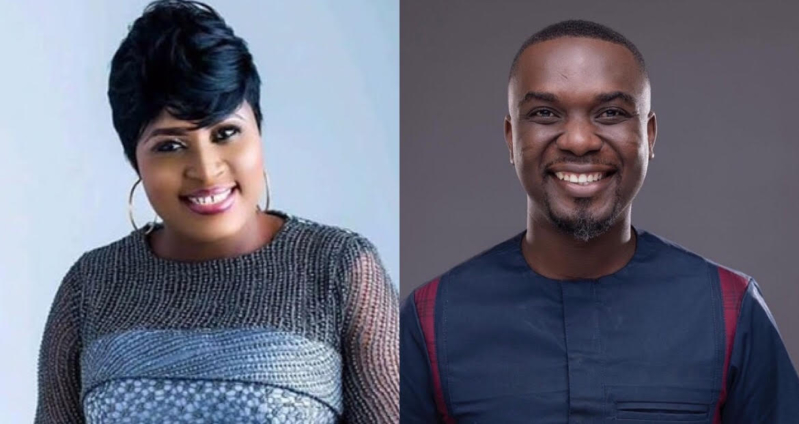 Gospel artiste Patience Nyarko has stood her grounds about her comments that her colleague gospel act Joe Mettle is overhyped.

The ‘Obi Nyane Me’ singer in an interview on Sunday on Hitz FM, said the statement is based on what she believes is the reality the industry is faced with.

“I see no wrong with what I said to my brother, I have no apologies to render my brother, maybe the tone with which I used at that time may mean something else.

“Joe being truthful may admit that he is being overhyped and he doesn’t deserve that tag,” she told host of ‘This Is Gospel’ show, Franky 5.

She further stated, “I don’t have any personal banter between my brother and myself, I only overreacted when I was told in an interview that of all the gospel acts in the country it is only Joe that could represent Ghana.

I only disagreed with how OB Nartey rated my brother Joe was a great disrespect to the Ghanaian gospel industry, I was so worried and very offended and that was all I was trying to address.”

When asked whether she spoke as a result of anger, she stated,” I was not upset at all, well, my voice may have been loud then but trust me, I wasn’t upset at all and that is what I stand to be understood.”

All attempts to get the Patience to apologize to Joe Mettle proved futile as she expressed vehemently that she stood by her words, “I never insult my brother or make any form of ill comments against him like I said I was only against the fact that he was handed a crown that does not befit him.”

This comes after the gospel act in an interview on Accra based radio station Onua FM expressed that her colleague artist in the same genre had less of his personally written songs and could not be the best act in the country.

According to her, his renditions of hymns and Christian songs are what he thrives on, comments she said were not as a result of anger but her quest to make gospel act realize reality.

DISCLAIMER: The Views, Comments, Opinions, Contributions and Statements made by Readers and Contributors on this platform do not necessarily represent the views or policy of Multimedia Group Limited.
Tags:
Joe Mettle
Patience Nyarko