I stopped being his mistress when his wife got pregnant 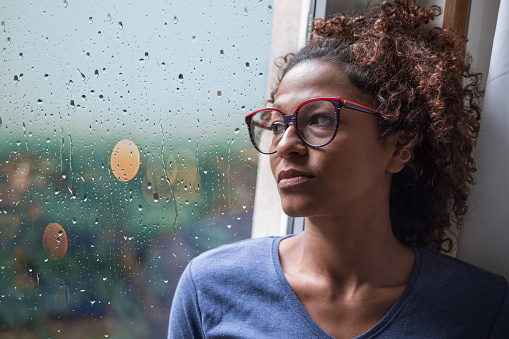 I had a crazy crush on a man I worked with. Crazy as in, when he came into my office, I had a hard time thinking of words like “hi” or my name. I blushed at the sight of him. I spent all day looking forward to seeing him. It was ridiculous.

Years went by without us working together. I married another man. My husband was damaged and I believed if I loved him enough I could make him happy.

But that was misguided love. I couldn’t make him happy. He succeeded at chipping away at me until I was sad and small.

The breaking point in our marriage came after I began therapy. I knew I was unhappy but I didn’t have the words to define the ways. I couldn’t face all the secrets I swallowed whole every morning to make it through the day.

Finally, after years of keeping my sexual assault a secret from my husband, I told my therapist that I had been raped when I was 15. It took my therapist’s calm voice to explain to me the seriousness of what had happened. She repeated over and over, “It’s not your fault.”

I came home feeling a bit liberated after telling my therapist my secret, and I decided to finally tell my husband I had been raped years ago.

He did nothing. He didn’t hug me. He didn’t tell me everything would be OK. He watched television or went to bed.

The next day, when I returned home from work, my husband had a gift for me. The box said Trashy Lingerie. It’s the name of a racy lingerie store on La Cienega Boulevard.

Shell-shocked and silent I opened the box. Inside were a sexy black corset, thigh-high stockings, and a garter belt.

My marriage was over.

A few months later, I was hired to produce a project. I thought about the man from my past that I’d had such a crush on.

I thought I wonder if he’s available to work. I called and asked if he had time, and if he was available, maybe we could catch up over lunch. He said yes.

Zack* had an English accent and a devilish glint in his blue eyes. We ate lunch, and I was as tongue-tied as I was the first time he looked at me. He told me that he couldn’t work with me on my project and that he was married.

“Why didn’t you tell me you were engaged when we worked together?”

“I didn’t want you to know,” he said, and then he quickly changed the subject to his fancy sports car. “Let’s go for a ride.”

“OK,” I said. I liked being close to him. It made me nervous and warm. Besides, he was married. It seemed safe to be near him.

We drove up Highway One toward Malibu. It was fun to drive fast.

“I have to get back,” I said after talking for nearly an hour and a half. “I have work to do.”

He turned back. At a red light on a corner of Abbott Kinney Boulevard he said, “I’m going to pull over and kiss you.”

He smiled. He was sure.

“I’m going to pull over and kiss you,” he repeated.

He knew what he was doing. He’d done this before — seduced women. He was good at it.

His car was parked in a flash and his mouth was pressed into mine. He took all the words I could never say and translated desire. We were in his car for an hour. He called me “delicious.”

I was out of my mind. I was doing something I never imagined I’d do — kissing a married man, and loving it. He kissed me with hands holding my face and fingers in my mouth. He unleashed hunger in me.

It took every fiber of my being to get out of that car. I would’ve happily spent eternity locked in.

I washed my face to cool my body temperature and got back to work. I had messages and three calls on hold.

When I got to the last one, it was Zack. He talked dirty and I didn’t hang up.

Over the next few weeks, we met at a Mexican restaurant. We met at a bar. He came to my house. He pulled his red car up my driveway and hid it inside my garage.

When he opened the door, I wore the Trashy Lingerie my ex-husband bought me.

He came in and kissed me. He walked us to the back of the house, into the kitchen.

He lifted me up onto the counter. I had him in the hallway. We moved up the stairs and feasted on each other. He spent the night. He was smart, witty and had a way of kissing me that made inhibition dissolve.

But when I came up for air, I had pangs of guilt.

“Why are you doing this?”

“I always wanted you. I love my wife, but there are things I don’t want her to know,” he said, matter of fact.

“I think she’d like to know about this side of you,” I said.

And he had me again.

He would call me at work and drive me wild with desire. He told me all the things he’d do to me, then hang up.

He showed up at my office with fresh cups of coffee, and we locked my office door or headed to an abandoned office to be together. He was all I thought about. He was my secret, and I was his.

It was exhilarating until one day at work. I had unknowingly hired his best friend. He was talking to some people in another department about a ski trip. I accidentally overheard what he said.

“Too bad Zack and Lisa* won’t be able to come skiing with us this year. She’ll be too big and pregnant.”

My heart sank. I was slapped with the truth of what I was doing.

I called him, heartsick. I understood the affair would never last, though I wasn’t ready for it to end.

But I wasn’t a cheater. I didn’t want to hurt another woman. It was unfair to heal my emotional wounds by inflicting them on another.

He didn’t deny it. It was just another secret he kept. “This has nothing to do with her.”

“She’s carrying your baby. How can you cheat on a pregnant woman? You’re cheating on your child, too,” I explained.

“I told you, she’d never know that part of me.”

My moral compass suddenly turned back on. “I can’t see you any more.”

I was heartbroken for his wife, his child, and myself. I’d never been so selfish before.

I still wanted him, but my shame made it possible to ignore my desire.

He called. He showed up. But I kept my resolve. I stayed away from the man who called me “delicious,” and turned up my body temperature and willingness to be a mistress.

A few months later, I found out he chose another. He’s the kind of man who will always have a woman on the side.

Years passed, and I learned he has three children and is still married to his wife.

They enjoy ski trips and big family parties. I can’t understand how he compartmentalizes his life. I feel bad for his wife, and I envy his mistress. And I’m glad I’m neither.