If we act with integrity, we can combat societal vices and corruption - Rotary International - MyJoyOnline.com

If we act with integrity, we can combat societal vices and corruption – Rotary International 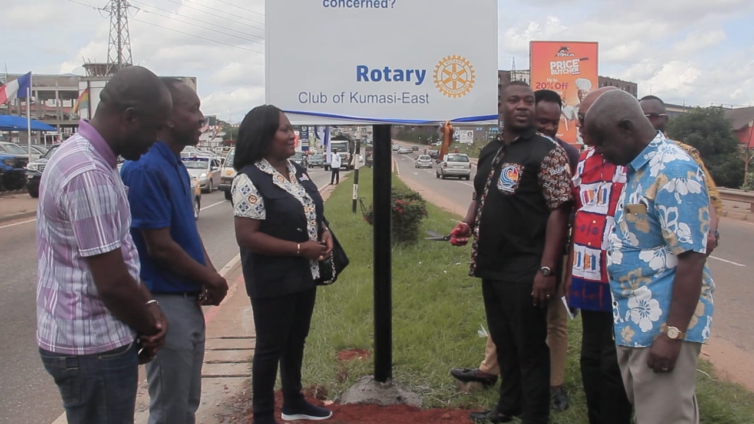 The Rotary International has admonished citizens to be guided by good moral principles in order to stem corruption and other unscrupulous activities in the Ghanaian society.

According to the organization, the ability to say the truth every time will undoubtedly help in reducing suffering in the country as citizens will consider the feelings of others before uttering anything.

Speaking to the media after the Kumasi- East members of the Rotary Club unveiled a four-way test signage in Kumasi, the Club President Nana Kofi Ayesu-Boahene said being truthful will help in treating different people in equal measure hence making it beneficial to all citizens.

“As Rotarians we are guided by these moral codes to make sure that we stand for integrity as much as possible in everything that we do,” he said.

The club encourages all citizens wherever they find themselves imbibe moral codes into their life, in order to avoid being dishonest.

Members of the Kumasi- East Rotary Club met to unveil what they call in Rotary circles as a ‘four-way test signage.’ The Four-Way Test of the things we think, say or do is a test used by Rotarians worldwide as a moral code for personal and business relationships.

Almost any area of life can benefit from the test. The test was scripted by Herbert J. Taylor an American from Chicago as he set out to save the Club Aluminum Products Distribution Company from bankruptcy. Later, Rotary International, the world’s largest association of Rotary service clubs, embraced it.

According to Mr. Ayesu-Boahene, the club’s activities include working tirelessly with relevant agencies to eradicate polio from the world, building boreholes for underprivileged communities, aiding in the fight against poor sanitation, among others. These activities are in addition to teaching citizens to live morally upright lives.

The second of its sort in the Ashanti Region, he indicates, the group is constructing an intensive care unit at the KNUST hospital.

“We’re currently in the process of building an ICU center which will be the second of its kind in the Ashanti Region at the KNUST hospital. There are other such projects throughout the world, it’s not just in Kumasi and we’re looking at other corporate entities supporting us to be able to help us to at least alleviate some of the problems that are all over us as a country,” Nana Kofi Ayesu-Boahene.