‘If you don’t give Police money, he cannot take it from your pocket’ – Dep D-G of Ghana Police Service on corruption perception 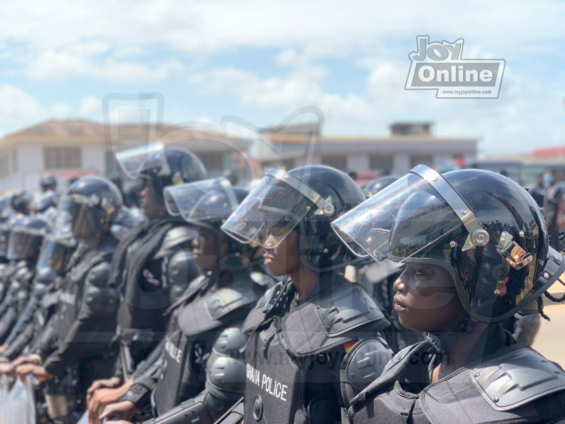 The Ghana Police Service has blamed the public, partly, for the perception that it is the most corrupt institution in the country.

The Service said all of its personnel have been trained professionally and are expected to discharge their duties without inducement.

This, he said makes some Ghanaians guilty of the accusations against the Police.

“The members of the public too must be blamed for their accusation that they are making. They are also equally guilty, because if you do not give the Police money, he cannot take it from your pocket. If you commit an offense and the Police wants to charge you for court, you have to allow yourself to go through the due process.

“At times, even when you go to court, the offense may not attract a serious fine. But when you tempt the Police with money, when you do not want to go to court, then you are giving an unscrupulous Police chance to demand any amount of money, because you are not willing to allow yourself to go to court,” he said

In recent surveys by the Ghana Statistical Service and CHRAJ and the Centre for Democratic Development, the Police has been ranked as the most corrupt public institution.

However, the Police said personnel who are found engaging in such acts are either sacked or punished.

“We have been talking to them, we have been training them and from time to time those who are offenders that is the Policemen who are found to have collected money or to have extorted money or done something unlawfully, we normally punish them or dismiss them,” DCOP Kojo Antwi Tabi noted.