If you haven’t seen our dams, then you have not toured your own backyard – Bawumia jabs Mahama 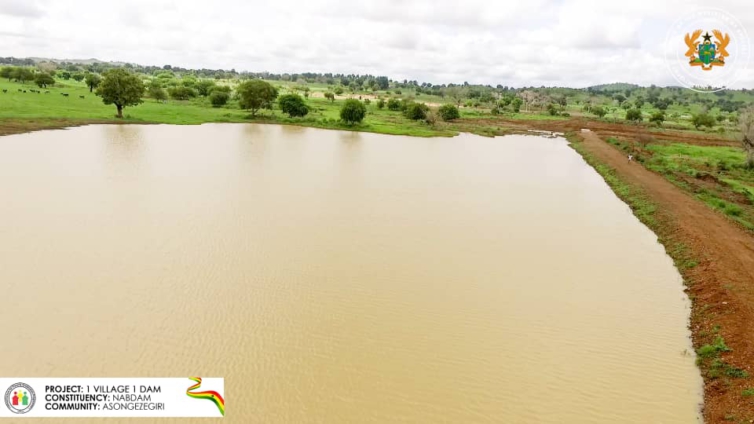 Vice President Dr Mahamudu Bawumia has jabbed the flagbearer of the opposition National Democratic Congress (NDC), John Mahama for refusing to acknowledge that dams have been constructed by the Akufo-Addo government.

This comes after former President Mahama in one of his campaign rallies said the One-Village One-Dam policy (1V1D) under the incumbent government was non-existent.

Reacting to this, Dr Bawumia said, “If he [Mr Mahama] goes to his constituency which is Bole, he will see that we have constructed about 10 dams, so if he says he doesn’t see the dams in the Northern regions that means he is not touring his own constituency.”

According to the Vice President, 435 dams have been constructed in various parts of the five Northern Regions and more are underway.

In an interview on Asempa FM’s Ekosiisen Wednesday, Dr Bawumia touted the good works of government to make water easily accessible to the farmers, particularly, in areas where there are water challenges.

The Vice President noted that the beneficiaries of the completed dams have consistently praised and expressed their gratitude to the Akufo-Addo administration for implementing such initiative.

In his view, citizens who do not face water challenges would not appreciate the 1V1D policy like critical parts in the northern regions where residents struggle to get water to irrigate their farms.

“During my tour in the Northern parts of the country, most of the chiefs I encountered praised government that the 1V1D has really helped them and are requesting for more,” he said.

He further acknowledged that the 1V1D has also played a key role in the agriculture sector of the country as the Akufo-Addo government implements Planting for Food and Jobs.

DISCLAIMER: The Views, Comments, Opinions, Contributions and Statements made by Readers and Contributors on this platform do not necessarily represent the views or policy of Multimedia Group Limited.
Tags:
1V1D
Dr Mahamudu Bawumia
John Mahama