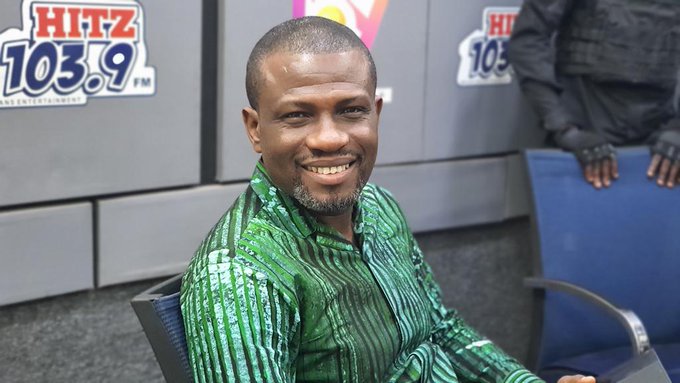 Deputy Tourism Minister Mark Okraku-Mantey has praised Dancehall artiste Samini for emerging as President of the Students Representative Council (SRC) at the Ghana Institute of Management and Public Administration (GIMPA).

Speaking at the swearing-in ceremony, he said that it must not have been an easy decision for the musician to return to school considering the name he had made for himself in the country.

“You came to the university within your peak, it is not easy, especially when you have some fans around and some of the lecturers decide to talk to you anyhow, and you are popular especially when we have social media. But you are in your final year and I can only be proud of you,” Mr Okraku-Mantey said.

He stated that despite the challenges that may come with being in school as a celebrity, Samini also took on the challenge of being a student leader.

The Deputy Tourism Minister urged him to continue to work hard and serve his people.

On Tuesday, Samini, born Emmanuel Andrews Samini, was sworn in as the President of the SRC at GIMPA after beating stiff competition to win the elections on June 22, 2022.

Speaking at the ceremony, Samini noted that he is happy to serve people, especially since as an entertainer he has not had the opportunity to be in such a position.

He added that serving as an SRC President will also help him to understand the governance space.

DISCLAIMER: The Views, Comments, Opinions, Contributions and Statements made by Readers and Contributors on this platform do not necessarily represent the views or policy of Multimedia Group Limited.
Tags:
GIMPA
Mark Okraku-Mantey
Samini
SRC