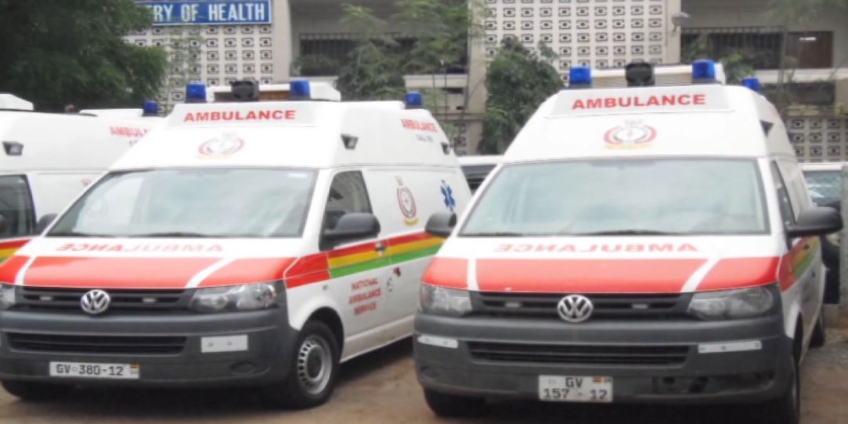 Chairman of the Health Committee in Parliament, Dr. Nana Ayew Afriyie has called for an upward adjustment of the budgetary allocation to the National Ambulance Service (NAS) meant for fuel.

Dr. Ayew Afriyie wants the Health Ministry to review the allocation to the NAS or face difficulties in getting its budget approved.

The Committee further demanded the timely release of the GHC10 million allocated for the operations of the Service.

“Going forward, the NHIA formulae allocation to Ambulance Service to take care of fueling, we want you to up it and if you do not up it, we will find means to frustrate you towards approval of the budget.

“I ask the Ministry of Health to re-strike a deal so that there is a trade-off and they also agree that it is emergency and they are going to make sure that there is going to be a provision that will increase the allocation to them from the GHC10 million,” he said.

The Committee’s demand comes on the back of the National Ambulance Service admitting that inadequate funding is forcing personnel to demand ‘fuel support’ before transporting patients in need of emergency services.

Taking his turn before the Ad-hoc Committee investigating the death of a lady who died while in transit, the Chief Executive Officer of the National Ambulance Service, Professor Ahmed Nuhu Zakaria justified why the NAS crew demand ‘fuel support’.

According to him, although their services are supposed to be free, resource constraints have led them to charge patrons to cater for fuel.

“Because it was around the festivities, we were told they had exhausted their fuel. A communication went to the hospital that they didn’t have enough fuel, therefore they will need GH₵600 support of fuel,” he told the Committee.

The Committee concluded its public hearing on Monday and is expected to present its finding and recommendations to the House on Thursday.

Meanwhile, the Member of Parliament for South Dayi, Rockson Dafeamekpor says the National Ambulance Service has no right to demand money before transporting emergency cases.

“They are supposed to get money from NHIA formulae, donations and the Minister of Finance annually…Under Section 33 of the law [National Ambulance Act 2020, Act 1041] it is an offence for anybody to charge fees from the public. It is an offence, so if there are budgetary constraints, you raise the matter,” he explained.

DISCLAIMER: The Views, Comments, Opinions, Contributions and Statements made by Readers and Contributors on this platform do not necessarily represent the views or policy of Multimedia Group Limited.
Tags:
Health Ministry
National Ambulance Service
Parliament’s Health Committee