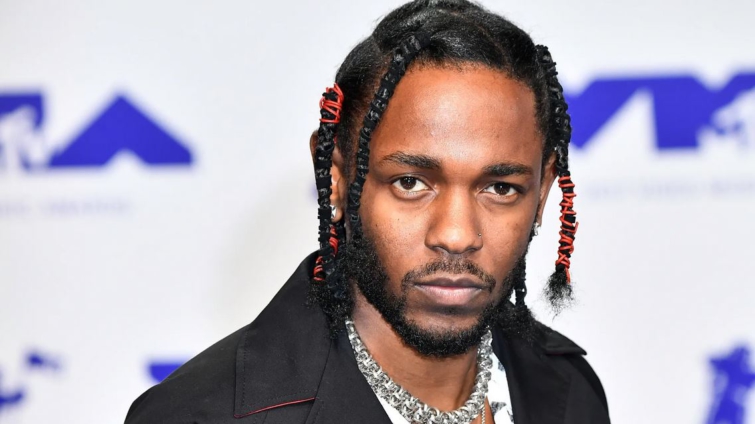 The past week or so has seen two tragedies shaking me to the core. The first was a friend who lost his job in a very bizarre fashion. But this was the least of the misfortunes to hit my close circles.

The other involved an old friend who died days after recovering from an accident in the same period.

All through my reminiscence, these sad events had me thinking about the concept of life as it is – the inevitability and the complexities that come with living, having at the back of your mind that no matter how hard you’ve got it, there was always someone going through worse.

Now, does harbouring this ideology as a motivation in itself present a mundane sense of selfish survival trait? That’s one of the thoughts lingering on my mind as I struggle to help my now-unemployed friend secure another go at life.

As someone lucky enough to have a job in this country, not having the power or resources to improve others’ predicament while managing to stay afloat, does not make the weight of survivor’s guilt any lighter.

Kendrick Lamar was facing this same situation back in 2013 after his first album catapulted him into ‘best rapper alive’ conversations.

In a podcast series released on February 16, the American artiste in a very rare media appearance recounted conflicting predicaments that influenced his making of the modern classic ‘To Pimp A Butterfly’ album.

The album released in 2015 was considered a masterpiece. Songs on the project have gone on to win top awards including two GRAMMYs out of his seven nominations in 2016.

Survivor’s guilt was one of the many themes that defined the body of work, which Kendrick’s long-time friend and business partner at pgLang, Dave Free discusses on the podcast.

He joined a number of collaborators who shared stories of their respective contributions having worked on the project.

On ‘U’, the sixth track on TPAB, the Compton rapper speaks of his friend’s little brother who had been left under Kendrick’s care.

But the successes following his preceding album, Good Kid, M.A.A.D City came with its perks; money fame and the privilege of touring across the country, leaving his community of Compton back in Los Angeles.

Unfortunately, that responsibility came at a price that Kendrick was never able to pay as he would later hint at in the dark-laden ‘U’ lyrics.

“A friend never leaves Compton for profit, or leave his best friend Little brother, you promised you’d watch him before they shot him Where was your antennas? On the road, bottles and b**hes. You FaceTime’d the one time, that’s unforgiven,” a drenched and beaten Kendrick rapped in a sporadic but well-timed rhyme scheme before a broken mirror amid tears and screams as the video would later reveal.

Until now, many saw these as a theoretical construction of a scenario to back the album’s intent.

But this was real, Dave Free told Alex Pappademas on the first episode of The Big Hit Show presented on Spotify’s Higher Ground.

The self-love and communal unity that Kendrick preached to millions of audiences around the world was lost in his own backyard.

As Dave details never-heard revelation about the album, To Pimp A Butterfly, he explained that their friend back in Compton had been injured in a drive-by shooting while the crew was on tour.

The young man, Chad Keaton had been put under the care of his big brother who was on his way to serve a prison sentence.

Kendrick had made Jason Keaton, Chad’s older brother a promise to keep him safe while he was incarcerated.

But during his time at the hospital after the July 2013 incident, Kendrick had only been able to check on his friend via video calls as his tight schedule on tour.

“He FaceTimed me and we were on the bus talking to him and we were telling him like bro, we are going to try and cut this run short and get back to you,” Dave Free said.

Chad died a month later and the team was never able to physically make it back in time to see the 23-year-old alive.

“You even FaceTime’d instead of a hospital visit, ’cause you thought he would recover, well Third surgery couldn’t stop the bleeding for real, then he died, God himself will say, you f**kin’ failed. You ain’t try,” the 4:28 minute track continued.

According to Dave, this situation hit home for Kendrick. To lose a person who had been entrusted in his care to gang violence was pretty much an exclamation point in a burgeoning career.

“When that happened… it kind of felt like he let him down in a sense.” Another day, another funeral to attend back home in LA.

These and other similar circumstances directed his steps towards the widely-acclaimed album.

All this while, Kendrick had been suppressing his feelings because of his stardom status until he recorded ‘U’. That day, he turned the studio lights out before entering the booth.

“I had never seen him like that. I have seen him experiment on tryna [sic] get different things out but to actually put that emotion out, I felt him bombard himself with every hard thought that was hitting him at that moment, just to get that feeling,” a producer, Sounwave said.

In the booth, Kendrick switched into his most vulnerable and unapologetic self before the microphone. Even his close circle was surprised at the rate at which he let the long-suppressed feelings implode like that.

K Dot had to mentally revisit a really dark place for this outburst of regrets, the deep-seated feeling of irresponsibility and self-battery to be manifest.

Paradoxically, he never found a way to let out all that he had battled and admits that subliminally.

“As funny as it may sound, I’ve had a hard time expressing that vulnerability coming up in person with people. But I found a way to express it through music. That was my way of release. That was my way of communication,” Kendrick Lamar said on the podcast series on Spotify.

So a thought-provoking moment metamorphosed into a life-long lesson of self-confliction among celebrities and personalities in the limelight.

As a music enthusiast, the question lingering may be why I care so much about such personalities whose stories don’t affect my daily bread miles away in Ghana.

Hear me out. I consider a free mind as very foundational to the creation of participatory art.

On the back of this, when people place you on a pedestal as high as Kendrick’s, it becomes near impossible to imagine there could be underlying issues plaguing their journey.

When you learn that these people are also struggling with issues such as remorse for doing well for themselves, it forces you to reassess your life and tweak the trajectory.

From a mere fan, to actually taking notes for the future when we find ourselves screaming from the hotel room.

For the millions eagerly waiting for a Kendrick record, the Superbowl Halftime Show may have been a consolation.

With the anticipation building up around his absence, this may just be the most seamless rollout of his upcoming album in rap history.

With great power comes great responsibility so it is no surprise that social media is already flooded with pressure for Kendrick to drop his next project.

DISCLAIMER: The Views, Comments, Opinions, Contributions and Statements made by Readers and Contributors on this platform do not necessarily represent the views or policy of Multimedia Group Limited.
Tags:
Kendrick Lamar
Kenneth Awotwe Darko
Survivor's guilt
The Hit Show
To Pimp A Butterfly