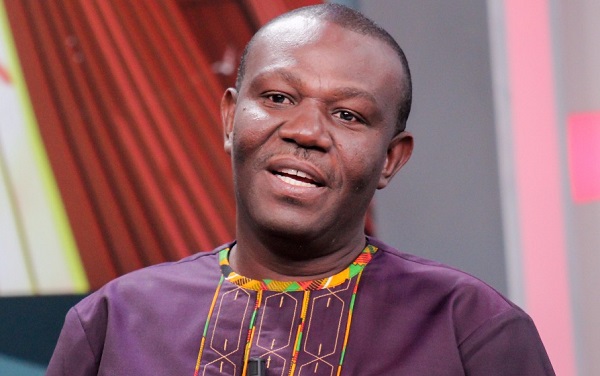 The Ho West MP, Emmanuel Bedzrah, has asked for an investigation into the letter sent to Parliament on behalf of the Executive, suggesting a massive slash of the budget estimates for the Judiciary and the Legislature.

This comes after Majority Leader Osei Kyei-Mensah-Bonsu revealed that the letter was sent to the House by the Secretary to the President, Nana Asante Bediatuo before conversations on the budget estimates for Parliament and Judiciary was completed.

Speaking on Joy News’ Top Story on Wednesday, Mr Bedzrah said investigations need to be conducted to find out on what authority the Executive Secretary wrote to the House without the President’s consent.

He stated that it has to be made known whether Nana Asante Bediatuo made a mistake in issuing the letter in the President’s absence.

“That should be investigated because if you have a law and that law would be set aside and you do your own thing only to write a letter and say it was a mistake we should investigate the matter.

“We should investigate the matter to find out whether truly the Secretary to the president made a mistake or it is in connivance with whoever is in charge,” he said.

Mr Kyei Mensah told Evans Mensah that at the time the President had travelled and thus was unable to come to a conclusion on a proposed budget for the arms of government.

However, the Suame MP believes the Executive Secretary to the President wrote the letter on account of what had happened during the initial discussions.

“When it happened that way we interrogated the issue and realise that communication from the secretary was not very tidy and the President then said that we should issue a new response to parliament,” he said.

Meanwhile, Mr Bedzrah said that Parliament appreciates the work of Osei Kyei Mensah Bonsu behind the scenes in ensuring an easy negotiation between the executive and legislature.

Meanwhile, President Akufo-Addo in a new letter to Parliament reversed the earlier decision to cap the budgetary allocation for Parliament and the Judiciary after Speaker Alban Bagbin opposed the decision.

Speaking in Parliament, Mr Bagbin, who described the move as “worthy of commendation” revealed that government had approved the budget estimated of approximately ¢523 million, a reduction from the initial proposed amount of ¢583 million.

He indicated that the Executive had maintained the budget estimates for the compensation, administrative and operational expenses of the House, however, the allocation for Capital expenditure was slightly adjusted.