'It is normal to be tagged as underdogs' - Andre Ayew admits - MyJoyOnline.com

‘It is normal to be tagged as underdogs’ – Andre Ayew admits 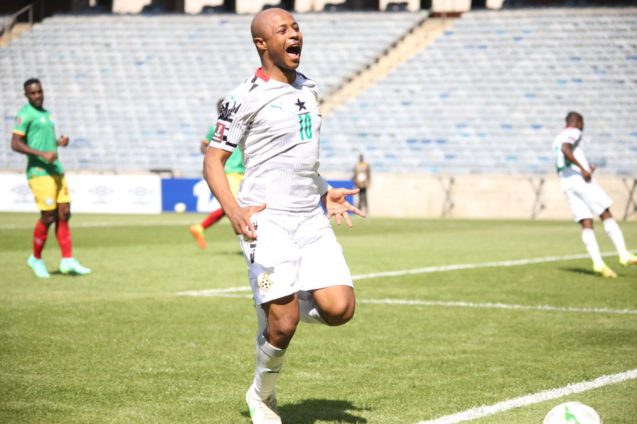 Captain of the Black Stars, Andre Ayew says Ghana will embrace the underdog tag being given them ahead of their opening game at the 2021 Africa Cup of Nations but has promised the team will do everything possible while they are on the pitch.

Ghana is set for a 23rd appearance at the continental showpiece and will begin their campaign against Morocco on Monday, January 10, as the quest for a fifth AFCON title commences.

Ghana have not been in the best of form ahead of the competition and a 3-0 loss to defending champions, Algeria in their only pre-Afcon friendly has been viewed as an unconvincing display.

Faced with a question on the team’s outing against Algeria as they prepare to face the Atlas Lions, Ayew said,

“I want to focus on what is ahead. The AFCON is a tough competition. People are seeing us as underdogs but it’s part of football.”