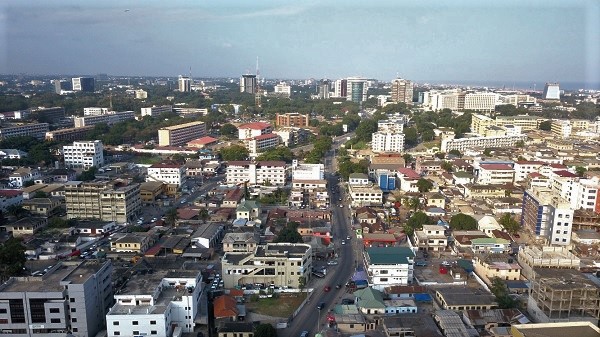 A Ghanaian or Kenyan who left Ghana or Kenya in the 1980s and returned in 2021 will clearly notice that there has been significant growth and development, especially in Accra and Nairobi.

The Ghanaian or Kenyan diasporan will not be able to find his/her way around town. Things have changed.

For example, there has been substantial investment in physical infrastructure. One cannot say the same about war-torn countries like Liberia, Sierra Leone, and the Democratic Republic of Congo in 2021 compared to the 1980s. In Accra, the area known as Kwame Nkrumah Circle (aka Circle) is a more vibrant, congested, and busy marketplace than it was in the 1980s and 90s.

When a country has peace, political stability, population growth, an open economy (i.e., the international movement of persons and capital), it is likely to experience economic growth over a period of time, particularly growth in aggregate (gross) GDP. The mere fact of “being around” in an environment of peace, political stability, and international trade will, over time, lead to growth.

Political stability and a reasonable degree of economic stability will attract foreign investors. Investors will, for example, put resources in oil exploration leading to discoveries of oil.

But on this development trajectory, something may be amiss. Development is a marathon, not a sprint. Consistency is more important than doing big things sporadically. You may build roads (the sprint) but when they develop potholes, you do not repair them. Individuals in the private sector will build mansions in neighbourhoods without tarred roads.

It is as though you have mansions in ghettos. You may invest in the physical infrastructure of health care and education but cannot properly maintain them. You bemoan the lack of a maintenance culture.

Socioeconomic indicators (e.g., doctor-patient ratio; teacher-student ratio; access to potable water, etc) may be worse than macroeconomic indicators of performance (e.g., inflation, GDP growth, etc). Development may be centralized and localized in a few cities and in certain enclaves of those cities.

Argentina is an example of a country that underscores the point that sustained and broad-based development is not necessarily a matter of time. Argentina has been around for more than 200 years (independence from Spain in 1816). It is Latin America’s third-largest economy. In 1921 (a hundred years ago), it was one of the richest countries in the world with the same GDP per capita as France and Germany.

Since 1816, Argentina has experienced an average annual inflation rate of 105%, changed its currency on five occasions, and defaulted on its debt nine times. Its last two debt defaults were in 2001 and 2020. Inflation is currently estimated at 50%.

Attributing Argentina’s topsy-turvy economic performance to a lack of social capital, Nobel-prize winning economist, Paul Samuelson, remarked that “Argentina is a classic example of an economy whose relative stagnation does not appear to be the consequence of climate, racial divisions, Malthusian poverty or technological shortcomings. It is its society, not its economy, that appears to be unwell.”

During the era of communism, the former Soviet Union, Yugoslavia, Poland, Romania, etc invested heavily in physical infrastructure at a much higher rate than Ghana, Kenya, Ethiopia, etc. For example, in the Soviet Union, the railway network was the largest and the most intensively used in the world.

A chunk of these investments, especially in the Soviet Union, was not financed by foreign loans but through the massive mobilization of internal resources/capital. Even North Korea had very good infrastructure during this period and, relative to many sub-Saharan African countries.

It still has relatively good infrastructure. Yet, something was amiss in these communist countries. They could not go to the next level of sustained and broad-based prosperity.

In response to non-robust development or inadequate public services, the middle class and elites find private solutions to public problems. Erratic electricity supply from the state? Get a generator. Bad roads? Get a four-wheel drive. Poor quality of public elementary and public schools? Send your kid to a private (preparatory) school. Lack of security by the State? Invest in private security; houses in relatively affluent neighborhoods are walled. Poor health facilities? Go abroad for medical care.

This also means that there must be low levels of corruption, investment in good quality education that keeps up with population growth and inspires people to think and demonstrate the capacity to solve problems. Think of these, for want of a better term, as non-physical or intangible infrastructure/capital.

In 2005, the World Bank’s environmental economics department set out to assess the relative contributions of various kinds of capital to economic development. In its report titled “Where is the Wealth of Nations?: Measuring Capital for the 21st Century”, it defined natural capital as the sum of nonrenewable resources, including oil, natural gas, coal and mineral resources, cropland, pasture land, forested areas and protected areas.

Produced capital includes machinery, equipment, and structures (including physical infrastructure). The economists found that there was much more to wealth than natural and produced capital and that these two forms of capital could not account for a significant proportion of a country’s level of income.

The missing form of capital was what one might call intangible capital. This includes “… human capital, the skills and know-how embodied in the labor force. It encompasses social capital, that is, the degree of trust among people in a society and their ability to work together for common purposes. It also includes those governance elements that boost the productivity of the economy.

For example, if an economy has a very efficient judicial system, clear property rights, and an effective government, the result will be a higher total wealth …”

According to the World Bank, “Human capital and the value of institutions (as measured by rule of law) constitute the largest share of wealth in virtually all countries.”

In major oil-exporting countries like Nigeria, Algeria, Gabon, and Venezuela, intangible capital was almost zero. The economists concluded that “Rich countries are largely rich because of the skills of their populations and the quality of the institutions supporting economic activity.” This is not surprising.

The development of a country is driven by the quality of the human beings in that country; their skills, work ethic, training, habits, an emphasis on meritocracy and performance, not titles, etc.

However, these non-democracies guarantee economic rights that spur growth. These economic rights include the protection of property rights, the legal enforcement of contracts, etc. In a 2008 paper, Francis Fukuyama opined that “[P]roperty rights are more important to growth than individual human rights (e.g., freedom of speech, association, religion) or political rights.

We know of many fast-growing regimes that offer full, partial, or quasi-property rights without protecting other types of individual rights (China, Malaysia, Singapore, United Arab Emirates).”

A country in which people have enough trust in the rule of law and efficient enforcement of contracts to conduct economic transactions via credit will have businesses that grow faster than a country in which, as a result of a weak rule of law, business is predominantly by cash.

Without social capital and a belief in the rule of law, Amazon’s online business would not have thrived to become a more than $1 trillion enterprise. When property rights to land (that has been paid for) are insecure, economic activity may not be as vibrant as it should be.

Broad-based and sustained prosperity does not necessarily occur as a matter of time. It is not easily attainable. But it is also not impossible. There is a non-trivial number of countries that have accomplished this feat. There is hope. However, a cautionary tale is in order. Argentina should give us food for thought.

The author, J. Atsu Amegashie, is a CDD (Ghana) D&D Fellow and teaches Economics at the University of Guelph.