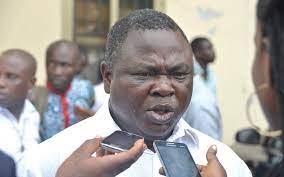 Chief Executive Officer of Techiman Eleven Wonders FC, Albert Yahaya Commey, is advocating the prosecution of football hooligans to curb the widespread incidents of hooliganism in the game.

The just-ended season of the Ghana Premier league witnessed pockets of crowd violence and assault on match officials at some league centers.

Centers including the Ndoum Sports Stadium at Elmina, Cape Coast Stadium and Karela FC’s CAM Park at Anyinase recorded various incidents of crowd violence, resulting in the banning of matches in these venues.

The Sunyani Coronation Park and the Wamanafo Park in the Brong Ahafo Region were also banned from hosting matches due to crowd violence.

In an interview with Luv Fm Sports, the Techiman Eleven Wonders CEO said failure on the part of authorities to prosecute football hooligans could result in a disastrous outcome in the future.

“For the hooligans, I think that we need to set an example, because many have not learnt from what happened on May 9. Many are doing things at match venues and if we don’t take care one day May 9 will be a smaller spectacle for us to talk about.  I sincerely think that we need to give some hooligans out for a decision to be taken on them,” he said.

According to Albert Commey, who doubles as a CAF match commissioner, if perpetrators of the acts of violence are brought to book, others will take a cue from it and desist from such acts.

“If one realizes that my colleagues are behind bars and are facing the full rigours of the law, that will serve as a deterrent to them. You hear and see certain information on social media and you ask yourself whether indeed we are learning. Because no matter what, you cannot take the law into your own hands by beating or assaulting your fellow colleagues, club officials and referee’s. These acts must stop,” emphasized the astute football administrator.