Joe Ghartey fails to stop petition against his election 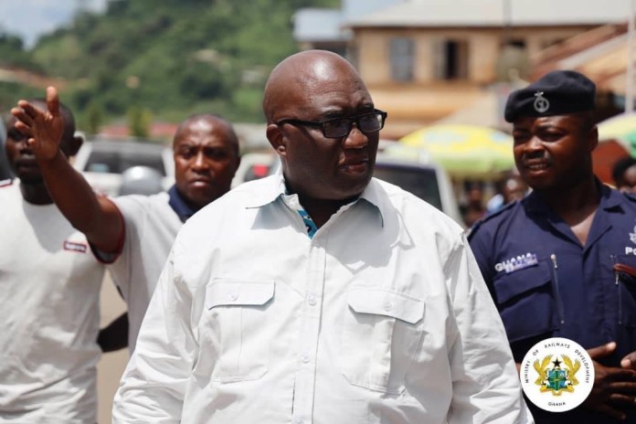 The New Patriotic Party (NPP) MP for Essikado-Ketan in the Western Region, Joe Ghartey, has failed to stop a petition challenging the validity of his election in the December 2020 poll.

Mr Joe Ghartey wanted the Sekondi High Court to throw out the petition without going into its merits.

He argued that it was signed by a lawyer for the petitioner and not the petitioner, Grace Ayensu-Danquah, who was the parliamentary candidate of the National Democratic Congress (NDC).

However, in a ruling last Tuesday, the court, presided over by Justice Dr Richmond Osei-Hwere, held that there was no law that forbade a lawyer from signing a parliamentary election petition on behalf of the petitioner.

“If a lawyer can, for instance, sign a divorce petition (a process which may contain facts that are personal to his client), then in the absence of a clear provision forbidding him, the lawyer can sign a parliamentary election petition, a process noted to generate public interest of epic proportions,” Justice Dr Osei-Hwere ruled.

Import of the decision

If Mr Ghartey had succeeded with his application, it would had meant that the petition was not competent and, therefore, would have been thrown out by the court.

With that, Ms Ayensu-Danquah would have lost the opportunity to challenge the election of Mr Ghartey, because per section 18 of the Representation of the People Law, 1992 (PNDCL 284), a parliamentary election petition should be filed within 21 days after the gazetting of the results.

With the court throwing out Mr Ghartey’s application, the petition is now deemed competent for the court to hear and determine it based on its merit.

“The petition before me is competent, as it complied with our electoral laws and rules of procedure. The result is that the application is dismissed and the action shall take its normal course,” Justice Dr Osei-Hwere held.

After a bitterly contested parliamentary election on December 7, 2020 at Essikado-Ketan, the Electoral Commission (EC) declared Mr Ghartey of the NPP the winner with 26,701 votes, while Ms Ayensu-Danquah of the NDC garnered 24,527 votes.

Dissatisfied with the conduct of the election, Ms Ayensu-Danquah filed a petition at the Sekondi-High Court on January 11, 2021.

Among other reliefs, the petitioner wanted the court to declare the election as null and void, declare that Mr Ghartey did not win the election, cancel the results and order the EC to rerun the election in accordance with the law.

Mr Ghartey filed an application praying the court to dismiss the petition with an argument that it was not competent for the court to even entertain it.

It was his case that an election petition per the rules of court, the petition ought to be signed by the petitioner, and not her lawyer.

DISCLAIMER: The Views, Comments, Opinions, Contributions and Statements made by Readers and Contributors on this platform do not necessarily represent the views or policy of Multimedia Group Limited.
Tags:
Election Petition
Joe Ghartey