Joel Embiid: Don’t shoot the messenger for choosing France over Cameroon; listen to his message 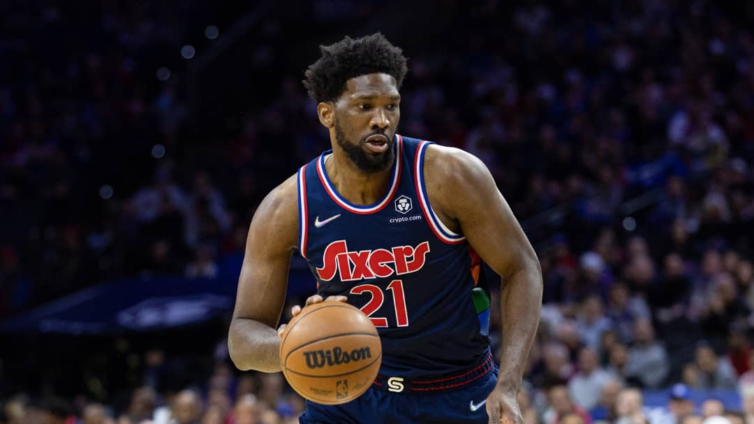 The 2023 Basketball World Cup will be co-hosted by Philippines, Japan and Indonesia and there is a high possibility Cameroon won’t be there as one of five African representatives though they have made it through to the final round of qualifiers with 11 other African nations.

Their chances are slim though after winning just one of six games to qualify just ahead of Rwanda due to having a superior goal difference.

Joel Embiid could have been in this mix too but he ended it recently by committing his international career to France instead of the country of birth. His decision has left many disappointed the immensely talented 7-footer has effectively chosen the easy way out to chase titles on the international stage.

There is a solid argument to be made about the impact of having Embiid gut it out with the Indomitable Lions on the hardwood can have on basketball development in Cameroon. Former Cameroonian NBA player Luc Mbah a Moute voiced this out ahead of the 2017 African Basketball Championship (AfroBasket) stating, “It would be great for our team, our country” when talking about the prospects of Embiid competing in the tournament.

Conversely, Nigeria’s leadership crisis cost the National Women’s team a place in next month’s Women’s Basketball World Cup though D’Tigress qualified to compete in Australia. Mali will represent Africa instead of Nigeria as a result of an ill-advised decision to ban the West African nation from competing in international basketball. Mali’s Men’s team recently got disqualified from participating in the Men’s World Cup qualifiers due to players’ failure to show up for qualification games against Uganda and Nigeria over unpaid bonuses.

Coupled with acute infrastructure challenges, Embiid is following the path charted by Hakeem Olajuwon who played for USA at the 1996 Olympics despite being a native of Nigeria, Serge Ibaka (born in Congo but played at the 2012 Olympics for Spain) and many others before him. The Philadelphia Sixers star isn’t the first to make such a move and quite frankly, he won’t be the last because of these reasons:

Money makes the world go round and it should be the first point of call when addressing Embiid’s situation. By signing a four-year, $196 million contract extension with the Sixers, Embiid has secured for himself generational wealth on top of the generational wealth he has acquired in his seven-year career thus far. However, this doesn’t mean Embiid is cleared to play international basketball without insurance cover for injuries and such cover for world beaters like him runs into high dollar rates; NBA money is different money.

This takes Cameroon out of contention as the federation simply can’t foot the bill (the government can though as it does with football). Dennis Schroder missed out on previous 2023 FIBA World Cup qualification games for Germany while under contract with Houston Rockets but played in the last round of games when the NBA season concluded and the Point Guard became an unrestricted free agent.

The Dominican Republic would love to have Minnesota Timberwolves star Karl-Anthony Towns but Towns hasn’t played for the Central American nation since his High School days. Embiid battled with injuries a lot earlier in his NBA career and putting his career on the line without any cover is hard to see play out knowing how short the shelf life of a professional athlete is.

At some point, basketball’s world governing body FIBA and basketball’s richest, most powerful and most recognized basketball organization (NBA) need to do away with egos and find a schedule that mirrors what exists in football. At various points in the FIBA calendar, the NBA season is in full swing and prevents several international players from competing for their national teams. This robs several nations of the chance to have their best players in qualification games and in most cases, such nations end up missing out on the big tournaments like the Olympics and World Cup.

By aligning the FIBA calendar to what the NBA has to offer, FIBA qualifiers stand to gain tremendously from having NBA stars competing in qualification games unlike what usually exists presently where qualifiers aren’t big draws. Football qualifiers are big draws because FIFA and club football league calendars are aligned to ensure top stars are available for their countries.

As much as the talent gap between the USA and the rest of the world is closing, there is still a gap to be filled by other nations before catching up to the US and surpassing them. This was played out in the 2020 Tokyo Olympics Men’s Basketball final where France lost to USA 82-87. France had Guerschon Yabusele as its starting Power Forward in the game but barring injury will have Joel Embiid in the next World Cup in Yabusele’s spot. That is a massive upgrade and gives France a strong chance of winning the title.

France offers Embiid the best chance to win at the international level minus all the distractions African nations like Cameroon tend to grapple with. On the flip side, France needs Embiid to become World Champs as he meets the criterion for France’s Article 21.19 Paragraph 6 of the Civil Code that states French nationality may be granted to “a foreigner…whose naturalization is of exceptional interest”; A win-win situation for player and country.

By switching to France, Embiid is the messenger sending a message to many African Sports Federations to get their acts together and do better and shouldn’t get shot for doing so.