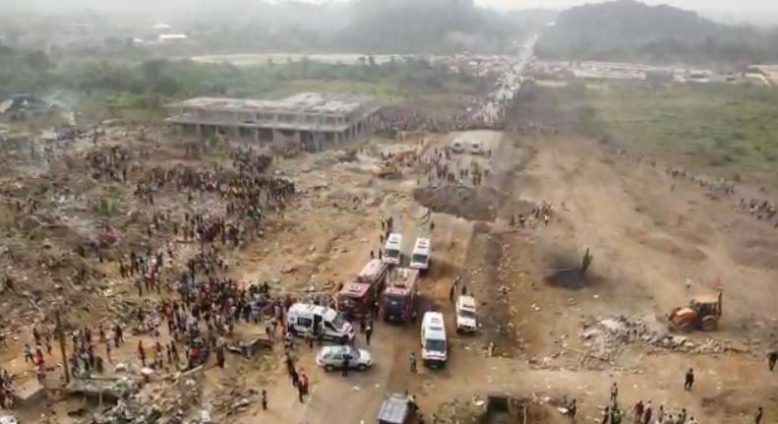 Former President John Dramani Mahama has commiserated with the victims of the Apeatse explosion which occurred in the Bogoso District of the Western Region Thursday afternoon.

According to Police report, a vehicle loaded with explosives was moving from Tarkwa to a mine at Chirano when it collided with a motorcycle resulting in the explosion.

Several people have lost their lives and many more injured, while buildings in the area have either been razed to the ground or weakened by the blast.

Taking to his Facebook page, John Mahama called on well-wishers and sympathisers to “pray for the speedy recovery of the injured.”

He further urged the “security and emergency services to continue to work assiduously to alleviate the damage and suffering in the affected communities.”

“To the chiefs and people in the affected areas, the National Democratic Congress (NDC) and the country stand with you, in this time of grief,” he said.

Meanwhile, residents in the affected area have been advised to move out to nearby towns for their safety while recovery efforts are underway.

The police have also appealed to nearby towns to make schools there available to be used as shelters for survivors.