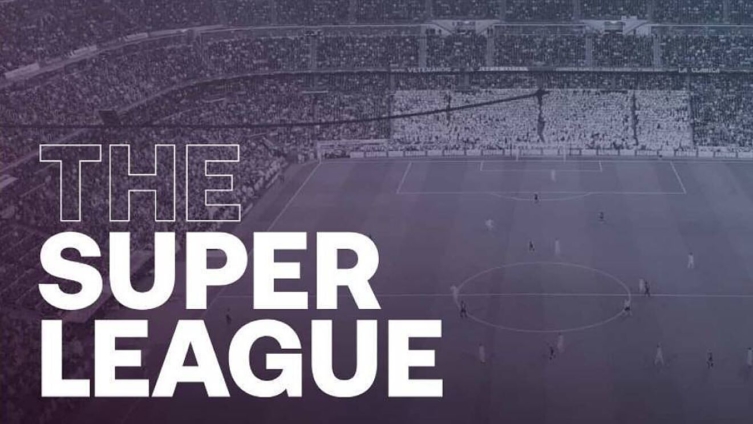 The European Super League has been the dominant discussion since the story broke on Sunday night.

The decision by the 12 clubs in England, Spain and Italy has undoubtedly shaken the four corners of the football with European football governing body pulling all available strings to ensure the competition doesn’t see the light of day.

Opinions have been diverse. Clubs outside the 12 founders as well as some former and current players have been unequivocal in their criticism. Many point to the potential of further widening the financial gap between the big and small clubs and accuse the the 12 founding clubs of greed.

The founding clubs are adamant the Super League will go on but there’s still a long way to go, with the possibility of a legal showdown. For now the rest of the football world continues to have their say on a development which will have a major impact on the future of the beautiful game.

This piece brings you thoughts of members of the Joy Sports team regarding the Super League.

The Super League, clearly, does not suit the definition of competition. This is created to serve the interest of a few who feel they are in a class above others. In that class, the outcome of their performance does not define what they stand to benefit. It only becomes a competition when success over an opponent determines your benefits, but this, defies the logic of competition which is the very fabric of football.

World football may need to undergo restructuring, but if this structure of extending the gulf in wealth and quality is what football needs per the logic of founders, then, the future of the sport is in shambles; for we may never appreciate what it takes to win against a ‘big club’ which will translate into the potential success of a ‘smaller club. Super League will rob the passion that accompanies football.

This concept of the Super League has sent UEFA the biggest possible message about managing expectations of big football brands. Football is a numbers game and these clubs who command the numbers feel shortchanged. While a stand-alone concept for the big clubs will suppress further growth and promote discrimination, and little competition, it will be crucial for UEFA to do one thing. A substantial increase in the financial rewards within the current format of the UCL. It may be late in the day, considering the ‘carrots’ being dangled by the Super League’s sponsors, but at least the commitment would have been shown.

Increasing the number of teams in the Champions League by UEFA defeats its identity of having the best performers and will also erode a bit of its competitive element.

Clearly, UEFA will not budge and have FIFA to back them in their disapproval of the concept however the fans cannot have a World Cup or a UCL without the big stars and names. While we cannot predict the future of this football soap opera, It looks like UEFA may have to relax its stance on banning players at a point to save the marketability of the UCL and the FIFA World Cup. But this Super League could hurt the game rather than mend it.

The whole concept of the Super League will only serve as a catalyst for economic inequality. The founding clubs will keep on getting richer whilst the smaller clubs will struggle to catch up. We might see a ripple effect as these smaller clubs might start to demand astronomical fees for their players in order to survive.

I understand there’s been a pandemic and clubs are struggling financially. However, it isn’t just the big clubs that are suffering, so any solution proposed should be more inclusive. There’s a reason why we have associations in football to help regulate these clubs. Once we allow clubs to separate and form an elitist group, we could see a switch in the power dynamics which can open the door for more chaos in future.

Gary Al-Smith
The idea of the Super League destroys the football pyramid structure and clearly doesn’t give a thought to how smaller clubs will fare. Even though it promises to offer huge payouts to teams outside the founding members, it still makes the 12 clubs excessively powerful and rich.

Football, at its core, should be about community and this idea of the Super League will be the beginning of community football as we know it. If allowed to happen, those behind the Super League will quickly move toward creating another such cartel for national teams, just because it will, again serve their financial interest. The best alternative will be for all parties to constructively look for common ground and improve the current continental competitions to make them profitable for all while keeping it accessible for fans everywhere.

Big clubs have their current status because of the investment of fans over the years, while it will make financial sense to join a Super League- the one silent responsibility of football giants in every country is to pull weaker clubs along.
Fans who may not directly benefit from their respective clubs do so via other clubs who have benefited as a result of co-existing with these top football clubs in one place- Europe Super League will make the rich richer and poor poorer and that a huge negative at this time for the sport.

I expect a winding legal battle, but truce in the end, however, UEFA and other football governing bodies around the world must understand that clubs of such high status deserve more attention and benefits for the touch, and monetary value they bring to competitions, equally big Clubs should pick the important lesson that football is more than a sport now- It’s about fans – and accept the huge responsibility of using their might to pull others along -not being selfish!
It’s simply a battle for more money. When you have UEFA come up with a new UCL format with similar Super League threads, yet oppose the proposition of these 12 clubs, we have that proof.

The solution is simple – the parties involved should sit down and devise a means for all to gain significant financial push, one greater than what is already available (in terms of club proceeds from the UEFA club competitions), because football has become more expensive to manage and unfortunately, it has transformed to become more of a business than a sport.

There are two arguments I see in all of this- moral and legal arguments. I find it hard to accept moral arguments for one reason. Football has moved from being just a sport to a multi-billion dollar industry. The sport has become about money on many levels. Forget the talk about having love for the game, the men in the boardroom are there for the money, even the fans are trying to rake in some of the cash by taking bets. Everyone is in it for the money.

How then can a group of clubs be criticized for trying to make more of what everyone in the game seeks? If the football world will remove the veil of hypocrisy, it will be clear that we’re merely looking at football entities finding innovative ways to stay at the top.

Inherent within the legal argument is a very simple question; should Uefa be allowed to have a monopoly over competitions? The simple answer from where I sit is NO.

DISCLAIMER: The Views, Comments, Opinions, Contributions and Statements made by Readers and Contributors on this platform do not necessarily represent the views or policy of Multimedia Group Limited.
Tags:
European super league
Joy Sports
The Super League
UEFA