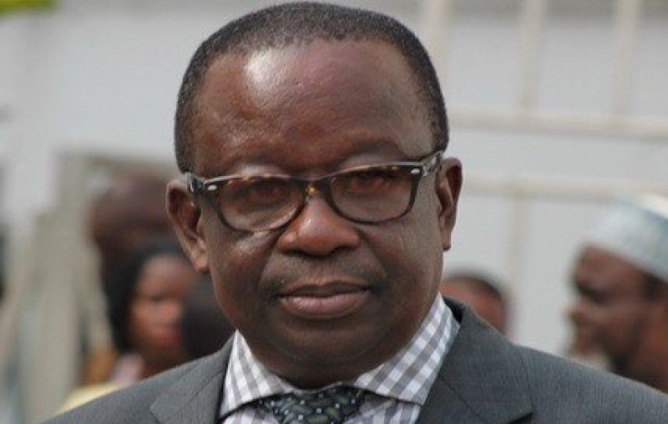 According to him, the Minister’s comments are misplaced because “saying that one political party is in power [so] the justices should be mindful of how they interpret the law is completely lopsided.

“It’s not a sharing party. I really respect Kan Dapaah a lot but I think maybe he got the context completely wrong,” he said in an interview with JoyNews, Monday.

Mr Kan Dapaah, speaking at a sensitisation workshop on the national security strategy for judges of the superior courts, warned that the perception that the judiciary is biased has dire consequences on the country’s security.

He added, “If the interpretation of the law is tilted in our favour all the time, people will start accusing the judiciary and will not have the confidence that they need.”

But Frank Davies disagrees with the position of the National Security Minister as he has openly expressed a contrary view.

“I think that statement was made completely out of context. You don’t dispense justice in tandem with whichever political party holding the reins of government.

“…who determines who has tilted the interpretation of the law? I think it was just a misplaced statement,” he added.

Meanwhile, the Director of the National Democratic Congress (NDC)’s Legal Directorate, Abraham Amaliba, has said that the National Security Minister spoke from a position of a national security person who has more information.

He called on the judges to heed the advice.

“I totally disagree with Frank Davies. I think that the Minister of National Security was actually speaking about what most Ghanaians think about of the judiciary and being the National Security officer, he would have gotten some information.”

Other reactions on the matter

In a related development, a former Attorney-General, Nii Ayikoi Otu, has called the bluff of the National Security Minister over his caution that if the Judiciary is perceived to be biased, it would have dire consequences on the country’s security.

Speaking on Joy FM’s Super Morning Show on Monday, he said the Minister did not seek legal advice before making the statement.

“I’m sorry to say that I don’t think he sought legal advice on this matter. But, if he did, he wouldn’t be going around saying what he’s saying,” he said.

But a security analyst, Prof. Kwesi Aning has said that the admonishment by the National Security Minister, Albert Kan Dapaah, to the judiciary does not amount to an accusation against the institution.

Prof. Anning believes the Minister only cautioned that some rulings have national security threats.

He, therefore urged the public to take the Minister’s caution seriously.

He also asked some prominent lawyers in the country to add their voices to the conversation.