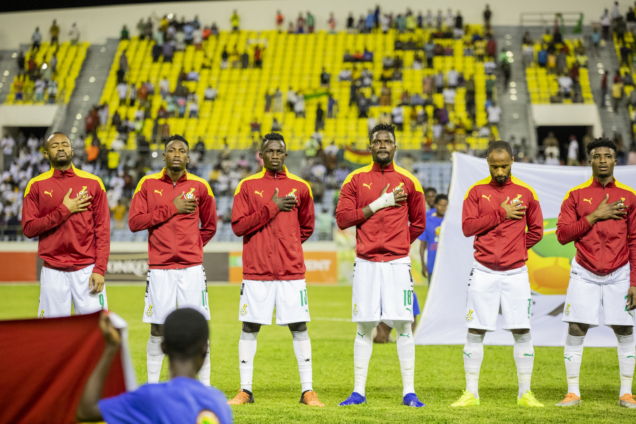 The Black Stars of Ghana opened their 2022 Kirin Cup campaign with a heavy thumping against host nation Japan on Friday, June 10.

Ghana succumbed to a 4-1 defeat in Kobe as they failed to reach the final of the four-nation tournament.

Otto Addo’s side went into the game with a depleted side with just 18 players at his disposal for the opening game.

Japan opened the scoring in the 29th minute through Miki Yamane before Jordan Ayew drew the Stars levelled in the 44th minute.

Jordan’s goal was his first for the Black Stars since he last scored against Sao Tome in March 2021.

However, the Samurais restored their lead just before the half-time break with Kaoru Mitoma getting his name on the scoresheet.

After the recess, Japan continued their dominance over the west African side with Takefusa Kubo and substitute Daizen Maeda all netting to take the scoreline to 4-1.

The defeat means Otto Addo has now his first game as head coach of Ghana after five games played.

The Black Stars will now face Chile, who lost to Tunisia earlier on Friday, in their next game of the competition.